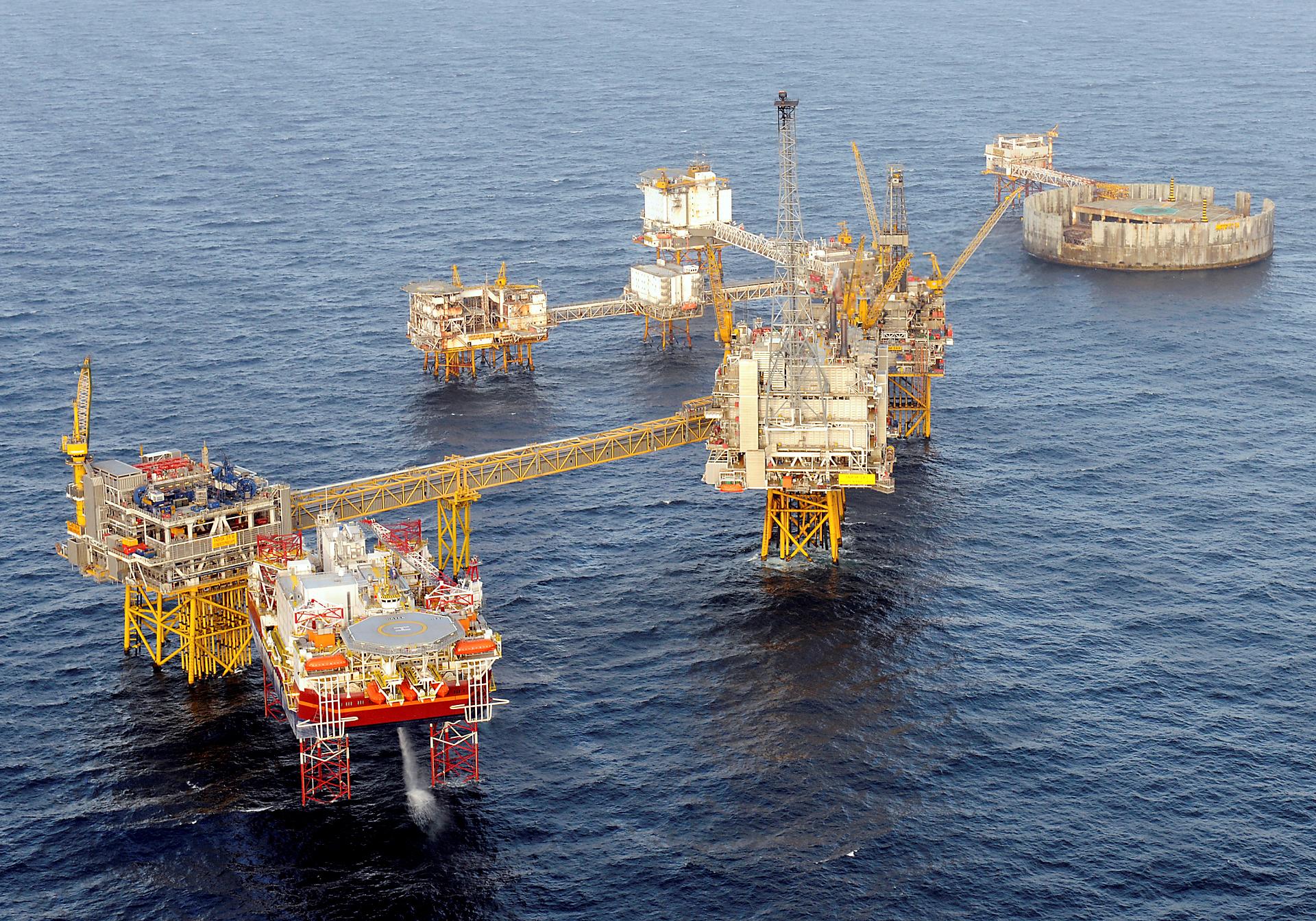 Ekofisk is a field in the southern part of the Norwegian sector in the North Sea. The water depth is 70 metres. Ekofisk was discovered in 1969, and the initial plan for development and operation (PDO) was approved in 1972. Test production was initiated in 1971 and ordinary production started in 1972. Production was initially routed to tankships until a concrete storage tank was installed in 1973. Since then, the field has been further developed with many facilities, including facilities for associated fields and export pipelines. Several of the initial facilities have already been removed or are awaiting decommissioning. The initial field development started with three production platforms: Ekofisk A, Ekofisk B and Ekofisk C. Wellhead platform Ekofisk X and process platform Ekofisk J were installed in 1996 and 1998, respectively, as part of the Ekofisk II project. In 2005, wellhead platform Ekofisk M was installed as part of the Ekofisk Growth Project. A plan for water injection at Ekofisk was approved in 1983. Ekofisk K, which is the main injection facility, started water injection in 1987 and is still in operation. There had also been water injection at Ekofisk W from 1989 until 2009, when Ekofisk W was shut down and replaced by a subsea template, Ekofisk VA. A PDO for the development of Ekofisk South was approved in 2011. The project included two new installations in the southern part of the field: production platform Ekofisk Z and a subsea template for water injection, Ekofisk VB. Injection from Ekofisk VB and production from Ekofisk Z started in 2013. The accommodation facilities Ekofisk H and Ekofisk Q were replaced by Ekofisk L in 2014. An amended PDO for an additional water injection template, Ekofisk VC, was approved in 2017.

Ekofisk produces oil from naturally fractured chalk of Late Cretaceous age in the Tor Formation and early Paleocene age in the Ekofisk Formation. The reservoir rock has high porosity, but low permeability. The reservoir has an oil column of more than 300 metres and lies at 3,000 metres depth.

Ekofisk was originally produced by pressure depletion and had an expected recovery factor of 17 per cent. Since then, comprehensive water injection has contributed to a substantial increase in oil recovery. Large-scale water injection started in 1987, and in subsequent years, the area for water injection has been extended in several phases. Experience has proven that water displaces the oil much more effectively than anticipated, and the expected final recovery factor for Ekofisk is now estimated to be over 50 per cent. In addition to the water injection, compaction of the soft chalk provides extra force to drainage of the field. The reservoir compaction has resulted in about 10 metres subsidence of the seabed, especially in the central part of the field. It is expected that the subsidence will continue, but at a much lower rate.

Oil and gas are routed to export pipelines via the processing facility at Ekofisk J. Gas from the Ekofisk area is transported via the Norpipe gas pipeline to Emden in Germany, while the oil is sent via the Norpipe oil pipeline to Teesside in the UK.

Production from Ekofisk is maintained at a high level through continuous water injection, drilling of production and injection wells, and well interventions. Key challenges are identifying the remaining oil pockets in a mature, waterflooded reservoir, as well as handling the increasing volumes of produced water. Ekofisk Life of Field Seismic (LoFS) provides data for monitoring of waterflood and dynamic changes in the overburden for use in reservoir management. First phase drilling on Ekofisk Z was completed in 2020. Infill drilling on Ekofisk is expected to continue throughout the lifetime of the field. Water injection is extended in the southern part of the field by the installation of a new subsea template, Ekofisk VC. In 2022, the production licence 018, which includes the Ekofisk field, was extended until 2048.