Research and technology development has been crucial in the successful development of oil and gas resources on the Norwegian continental shelf. A long-term commitment to research and development activities will also be vital when we embark on the next chapters of our petroleum history. 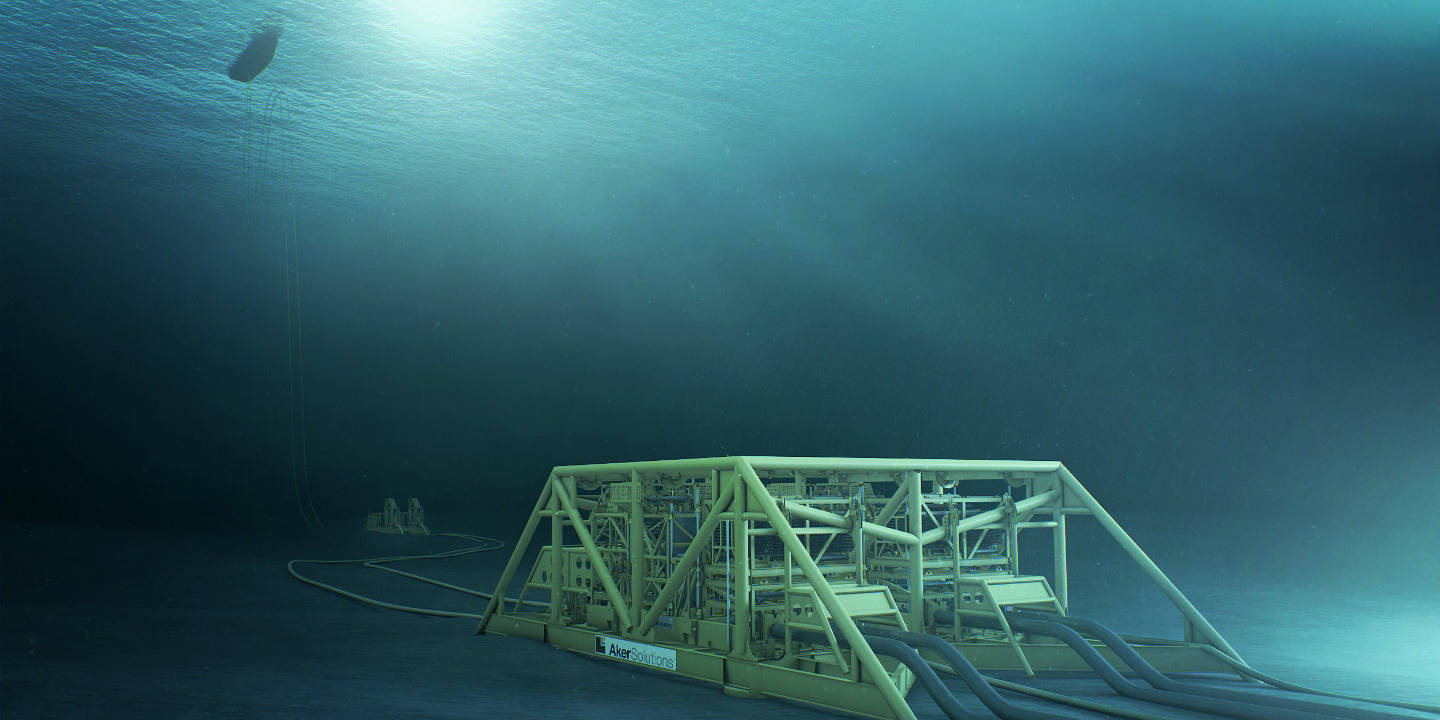 The Norwegian petroleum industry of today is very different from what it was in the late 1960s. Using a wide range of small and large technological revolutions, we are now able to produce oil and gas both more efficient and safe while at same time mitigating effects on the environment and climate.

So far, only 48 per cent of the estimated total recoverable resources on the Norwegian continental shelf has been produced. Production of the remaining resources will generate substantial value creation. In order to take advantage of this potential, new knowledge and technology must be developed. This is a cornerstone in the management of Norwegian petroleum resources.

Research and technology development in the petroleum sector

Since the beginning of Norwegian petroleum activities, research, development and demonstration of new technology has been essential in order to find solutions on how to discover, develop and produce Norwegian oil and gas both safely and efficiently. Technology is also a prerequisite for solving both current and future challenges in the petroleum industry.

The competitiveness and innovation of the petroleum industry has contributed positively to other industries in Norway, including both the maritime industry and renewable energy. There are also competence- and technology transfers to very different industries, like the heath sector and aerospace. Technology developed at the Norwegian Continental Shelf has given the Norwegian service and supply industry in a competitive advantage international markets.

Favourable framework conditions have given companies incentives to carry out research and technology development in Norway. Close collaboration between oil companies, suppliers and research institutions has underpinned the successful development of new technology and solutions.

Several new challenges lie ahead. There are fewer large discoveries and developments than before. It is more demanding to produce the remaining resources from ageing fields than it was to produce oil or gas when the fields were young. All things being equal, it is thus more difficult for individual projects to finance technology development. In addition, it has become increasingly important to use technology that reduces greenhouse gas emissions.

To ensure that value creation from petroleum activities continues in the future, it is important that oil companies, the service and supply industry and the authorities continue to invest in R&D. Such initiatives are needed to further develop the industry’s expertise and competitiveness and to maximize safe recovery of the petroleum resources on the Norwegian shelf.

The Ministry of Petroleum and Energy therefore encourages research, development and demonstration via research programmes where both companies and research institutions may seek funding for specific projects. These programmes are administered by the Norwegian Research Council.

Technology transfer from the oil and gas sector to other sectors

The Stavanger-based company Zaptec has developed a small, compact and fully galvanically insulated transformer that can be fitting in the charging cable for an electric car. It adapts to the grid voltage, making it possible to charge electric vehicles quickly and easily anywhere and thus dealing with the problem of providing adequate charging infrastructure. The technology was originally developed to supply high current and voltage for tools used at great depths in oil wells.

In 2001, the Ministry of Petroleum and Energy established the strategy “Oil and Gas in the 21st Century” (OG21) in 2001 to address the challenges associated with efficient and responsible petroleum activities. The OG21 process has facilitated for oil companies, universities, research institutions, the supplier industry and the authorities to agree on a joint national technology strategy for oil and gas. The strategy has been revised several times, and is due for a new revision in 2021.

The authorities encourage research and technology development primarily through legislation or other forms of regulation and through direct allocations to the Research Council of Norway. Most of these allocations go to the PETROMAKS 2 and DEMO2000 research programmes and to research centres in Stavanger, Tromsø and Trondheim.

These programmes and centres contribute to achieving the objectives set out in the OG21 strategy and make up the Research Council's petroleum portfolio which has its own board that is responsible for allocation of funding and making sure that the desired effects and outcome can be realized.

An evaluation undertaken by Rystad Energy in 2020 shows that the programmes above have produced great value for the society as a whole.

PETROMAKS 2 provides funding to a broad range of projects, from strategic basic research at universities and research institutes to innovation projects headed by the private sector. The programme has an overall responsibility for research that facilitates the best possible management of Norwegian petroleum resources and future-oriented business development in the sector.

The programme provides funding for a number of projects carried out by small and medium-sized enterprises in order to encourage more innovation in the supplier industry. In 2020, the programme has a budget of roughly NOK 250 million. This includes funding for health, safety and environment (HSE).

The PETROMAKS 2 programme is an important funding instrument used to promote long-term research and competence-building, and is focusing strongly on education, for example by funding PhDs. The programme has a broad international interface, including North America, Russia and Brazil. Joint calls are regularly organised with both Russia and Brazil.

Read more about the PETROMAKS 2 programme on the Research Council website.

The Norwegian University of Science and Technology (NTNU) has studied the observable forces when a drill string gets stuck in a borehole. The purpose was to develop a model of observations in real time for comparison against historical data from a comprehensive database, and make it possible to search for patterns and find deviations. Through such pattern recognition, causes of faults can be identified. This model has been successfully commercialised by the start-up Verdande and is used on 60 drilling rigs around the world. The technology is now being tested for other applications, such as monitoring heart patients.

Solution Seeker is a spin-off company from NTNU and develops artificial intelligence that will contribute to optimal production of oil and gas. Solution Seeker has developed the first artificial intelligence for upstream optimization of oil and gas production, which uses big-data and computer learning techniques. The system is being developed as a software product called ProductionCompass AI. It  delivers increased production by reducing bottlenecks and more energy-efficient production,  thereby reducing emissions to air per barrel of oil produced. At present, the software has been installed on five fields in the North Sea and the Norwegian Sea. Solution Seeker has been awarded a contract for application on the Libra field offshore Brazil. The technology has been developed with support from both PETROMAKS and DEMO 2000.

Other examples include projects awarded funding under a joint call for proposals from the NANO2021 and PETROMAKS 2 programmes. This call resulted in two research projects that apply nanotechnology for enhanced recovery of immobile oil. The projects exemplify how industry-relevant basic research can help to boost recovery rates from fields on the Norwegian shelf. 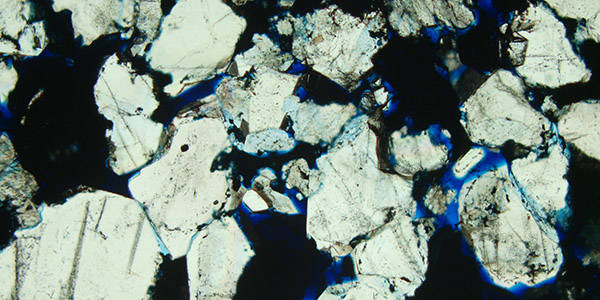 An illustration of an oil-saturated geological formation, in this case sandstone, consisting of small grains of sand (white) with cavities (blue) between them where oil can be trapped. Nanotechnology can be used to enhance recovery of such immobile oil (Photo: Ingrid Anne Munz).

The DEMO2000 is a tool that lies further in the innovation chain. Here the purpose is to test new technology solutions in the petroleum industry. The goal is to reduce the industry’s costs and risks by providing funding for pilot and demonstration projects. The DEMO2000 programme also functions as a collaborative arena for the petroleum and supplier companies, and is open to any Norwegian business that supplies technology to petroleum companies on the Norwegian shelf.

The programme issues two calls for proposals annually and provides funding to projects that satisfy the requirements for the technology strategy set out in OG21. At the start of 2020, there were roughly 50 ongoing projects in the programme, with a budget of NOK 70 million.

Read more about the DEMO2000 programme on the Research Council website.

A large proportion of DEMO2000 projects involve testing of new subsea technology. One such project, concluded in 2013, was Seabox, a system for purifying and desalinating seawater for injection in reservoirs to increase pressure. The entire technology is subsea-based and may significantly improve recovery from limestone reservoirs. At the same time, a subsea solution will be more energy-efficient and cost-effective than modifying a platform or constructing a new one.

EMPIG AS, in collaboration with industry partners, has developed an Always-clean Cooling System (ACS) that cools a multi phase flow from a producing well/field below the temperature for hydrate and wax formation. The concept is known as Cold Flow. A realization of this innovation will result in reduced costs for oil and gas production in existing fields, open fields further from existing infrastructure and enable connection to existing tie-in hubs. For new areas of development, where no infrastructure is in place, the technology has the potential to transport the resources to shore, eliminating the need for offshore production facilities. ACS will also significantly reduce the environmental footprint from oil and gas production.

Eelume is a disruptive technology for subsea inspection, maintenance and repair (IMR). Eelume vehicles are basically self-propelled robotic arms whose slender and flexible body can transit over long distances and carry out IMR in confined spaces not accessible by conventional underwater vehicles. The robot is engineered to live permanently under water, where they can be mobilized 24/7 regardless of weather conditions. A continuous IMR capability near the subsea installations without the need for surface vessels means greener, safer and less costly subsea operations.The concept is of interest to other industries as well, such as offshore wind farms and fish farming.

Seabox, a system for purifying and desalinating seawater for injection in reservoirs to increase pressure (Source: National Oilwell Varco)

The National IOR Centre of Norway

Also in 2013, a research centre for improved oil recovery was opened at the University of Stavanger. The centre contributes to industry-relevant research, researcher training and long-term competence-building for improved recovery on the Norwegian shelf. It also facilitates cooperation between the industry and research communities so that new solutions can be rapidly deployed. Improvement of existing recovery methodologies and development of new ones are key focus areas. Both PETROSENTER centres will be in full operation for up to eight years from 2014.

The centre for low low emission technology was opened in June 2019. In close cooperation with industry, they will develop solutions to reduce greenhouse gas emissions from the Norwegian continental shelf. The centre is located in Trondheim and is managed by SINTEF and NTNU.

Read more about the PETROSENTER centres on the Research Council website.

The Research Council has launched several Centres for Research-based Innovation (SFI) as well as Centres of Excellence (SFF). A number of these centres carry out petroleum-relevant research, including:

In 2020 funding was allocated for two new SFI centres that are dealing with research in areas of great importance to the petroleum sector: Plug and abandonment (P&A) and digital technologies for wells and drilling operations:

Read more about the SFI and SFF schemes on the Research Council website.

Improving the recovery rate on fields in production can further add to value creation on the Norwegian shelf. Declining production from a field also releases infrastructure capacity, which can be used by tying in new resources to the same...