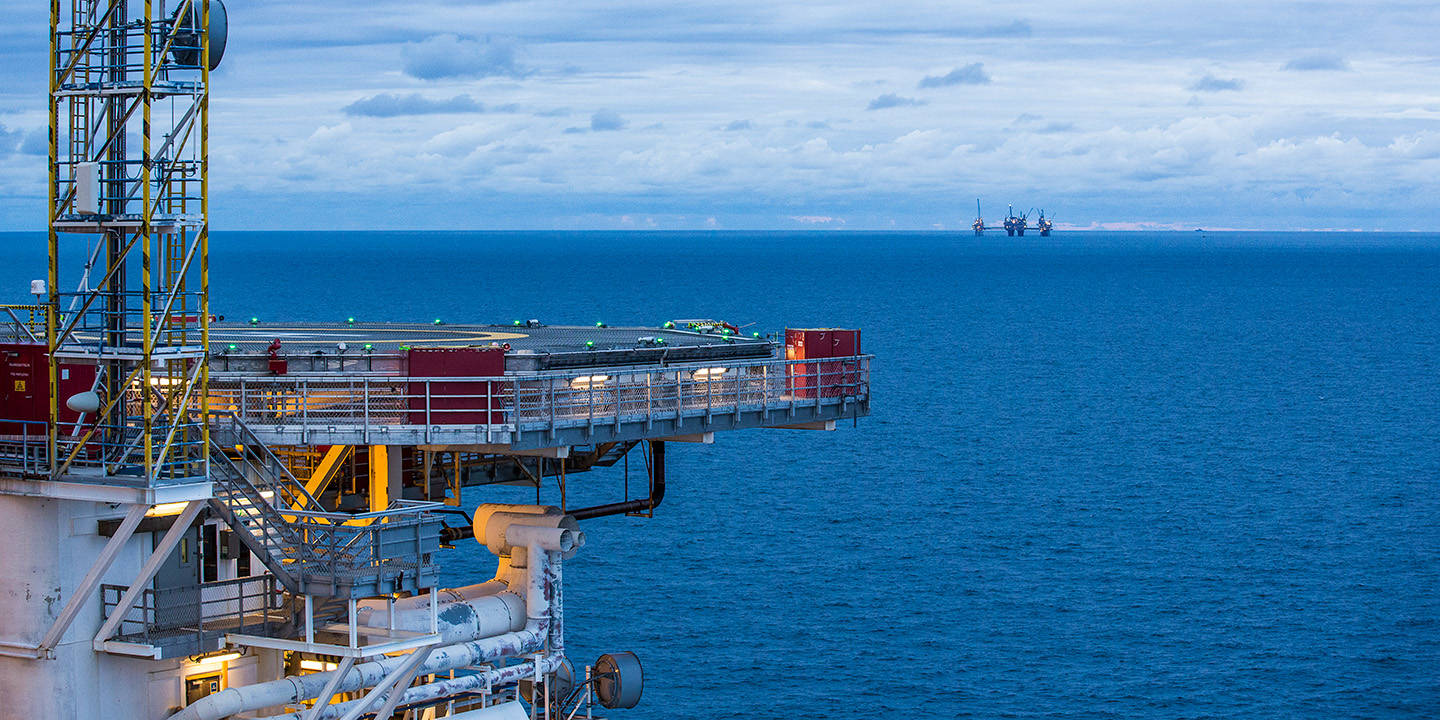 On the majority of the opened areas of the Norwegian continental shelf, there has been petroleum activity for several decades. Understanding of the geology is good and there is a well-developed infrastructure in place with more planned. These areas are covered by APA-rounds. The system of awards in predefined areas (APA) was introduced for the most well-documented parts of the continental shelf in in 2003. In order to ensure good resource management and high value creation, it is important to utilize the infrastructure well over time. The APA-rounds help facilitate the identification of profitable resources while the infrastructure is in place.

In the APA-system, the most well-known acreage on the shelf is designated as predefined exploration areas, and companies can apply for licences for all acreage not already covered by licences. As new areas on the continental shelf is explored, the APA-areas are expanded, but no acreage is withdrawn. Proposals for expanding APA-acreage are submitted to public consultation. Licensing rounds in mature areas follow a fixed annual cycle, and so far, 20 rounds have been initiated (APA 2003–2022). There is no nomination step in APA-rounds.

The APA-system was introduced to ensure that profitable resources in more well-known areas are proven and recovered before existing infrastructure is shut down.

The numbered licensing rounds consist of open and available areas which are not included in the predefined areas (APA-areas). In these less explored areas the uncertainty of results of exploration activity is higher and a step by step approach for exploration is used by the companies to achieve good resource management. The purpose of step by step exploration is to cover a larger area by utilizing few exploration wells and thus preventing unnecessary drilling of dry exploration wells.

Numbered licensing rounds have been held since 1965. Numbered rounds starts with inviting oil companies being given the opportunity to nominate blocks that they want advertised, so that they can carry out exploration activities there. On the basis of the authorities’ assessments, and the input form the oil companies of the nominations, a proposed announcement is submitted for public consultation. The advantages of step by step exploration are also taken into account in the proposal. Finally, the Ministry of Petroleum and Energy announces the round.

Companies may apply for a licence individually or as a group. Companies intending to submit a group application conclude a cooperation agreement that remains in force up to the time of application.

The Ministry of Petroleum and Energy awards production licences to the companies or groups that submit the strongest applications on the basis of fair, objective and non-discriminatory criteria that are announced in advance. The Ministry of Petroleum and Energy also designates an operator for each joint venture to be responsible for operational activities authorized by the licence. A production licence is valid for an initial period of up to 10 years, which is reserved for exploration activity.

The APA-areas are the most explored areas on the Norwegian continental shelf and the geology is well known and there is well-developed or planned infrastructure. Good understanding of the geology combined with data coverage makes it likely for new discoveries to be made. Due to the fact that the largest discoveries normally takes place at the beginning of exploration of a petroleum province, major discoveries is less likely to be made. However, there are exceptions, such as the major Johan Sverdrup oil field, discovered in the North Sea.

It is important to prove and recover resources in APA-areas while existing infrastructure is operating. If this is not done, new discoveries may be too small to justify the building of more infrastructure, and resources that could have been profitable may remain unrecovered.

Additional resources in the area surrounding a planned or producing field may increase profitability, for example by extending the lifetime of the main fields so that more resources can be recovered. The same will apply to any discoveries in the area and further exploration activity

The authorities have therefore adapted their licensing policy for the most known parts of the Norwegian continental shelf to encourage production of resources where timing is critical. The introduction of the APA-system in 2003 was part of this strategy. Another measure was to open the Norwegian continental shelf to companies that see commercial opportunities in these resources.

The map above shows the acreage announced in the APA 2022 round. The APA-area is gradually expanded as new areas are explored, but no acreage is withdrawn. APA-licensing rounds are held every year.

The authorities consider it important that companies work their licences actively. A production licence therefore includes a mandatory work program, and a licence only covers the area that the licensees have specific plans to explore.

If a group of licensees no longer wishes to explore the area for which it has a production licence, the area must either be transferred to companies that are willing to continue with the work program, or be relinquished. Other companies that see different possibilities in the geology may then determine to continue to work the licence or apply for a licence for the relinquished acreage. This leads to circulation of acreage and more efficient exploration.

Exploration in other areas

In areas, there has been less exploration and thus limiting the knowledge of the geology. With less exploration wells the technical challenges may be greater in these areas, and there is a lack of infrastructure.

The rules on relinquishment of  production licenses awarded through numbered licensing rounds were altered to make them identical to those that apply in APA-areas. Work program and area allocated are adapted to the relevant areas, regardless of whether the allocation took place during an APA-round or a numbered licensing round.

The system of area fees provides an incentive for companies to move from discoveries to development and production in the areas for which they have been awarded licences. The Petroleum Act (section 4-10, first paragraph) provides the legal authority for area fees, which are payable each year per square kilometre of the area covered by a production licence.

No area fee is payable for areas that are being actively explored or where there is production. This means that companies do not pay an area fee during the initial period, while they are following the mandatory work programme. Companies can also apply for exemption from the area fee if they submit a plan for development and operation (PDO) or if extra exploration wells are drilled in addition to those required under the work programme. It is also possible to apply for exemption if there is a lack of infrastructure in an area or if there is substantial ongoing work within the licence. The current rates for area fees are NOK 34 000 per km2 for the first year, NOK 68 000 per km2 for the second year and NOK 137 000 per km2 each year thereafter.

There are still large areas of the Norwegian continental shelf that have not been opened for oil and gas activities by the Storting. These include the Barents Sea North, the north-eastern part of the Norwegian Sea (Troms II, Nordland VII and parts of Nordland IV, V and VI) and the Skagerrak, plus the area around Jan Mayen.

Before licensing rounds can be held for these areas, the Storting has to make an official decision to open them. Such decisions are based on a combination of impact assessments and resource mapping. An impact assessment includes an evaluation of the possible economic, social and environmental impacts of the activities. Resource mapping involves surveying the geology of the area to identify its resource potential. The Storting is also considering the framework for petroleum activities in open areas in connection with the management plans for Norwegian sea areas.

New discoveries – effective use of infrastructure

About NOK 5 000 billion at the current monetary value has been invested in the Norwegian continental shelf. The infrastructure financed by these investments is used to produce and transport oil and gas and makes it possible to produce further resources cost effectively.

Declining production from a field releases infrastructure capacity, which can be used by tying in new resources to the same infrastructure. In some cases, new smaller deposits can only be profitably developed and produced by using existing infrastructure.

Discoveries and the subsequent development of resources close to existing infrastructure can result in substantial value creation for Norwegian society. The authorities encourage cooperation between companies, and there are a number of effective area forums on various parts of the Norwegian shelf.

In order to promote the effective use of existing infrastructure, including platforms and pipelines, the Ministry of Petroleum and Energy adopted regulations relating to the use of facilities by others (the Third-party Access Regulations), which entered into force in 2006.

The objective of the regulations is to promote the efficient use of facilities and thereby provide incentives for licensees to conduct exploration and production activities close to existing infrastructure. To this end, they set out a framework for negotiations and for tariffs and conditions in agreements on the use of facilities by others. The regulations do not alter the principle that negotiating good solutions is the task of the commercial actors themselves.

The Petroleum Act and the licensing system

State management and control of the industry is ensured through an extensive legislation that requires companies to obtain licences and approval from the competent authorities for all phases of petroleum activities.

In 2022, exploration activity was slightly lower than in 2021, but at the level as 2020. A total of 34 exploration wells were spudded and 11 discoveries were made on the Norwegian continental shelf. The discoveries have a preliminary total estimate...