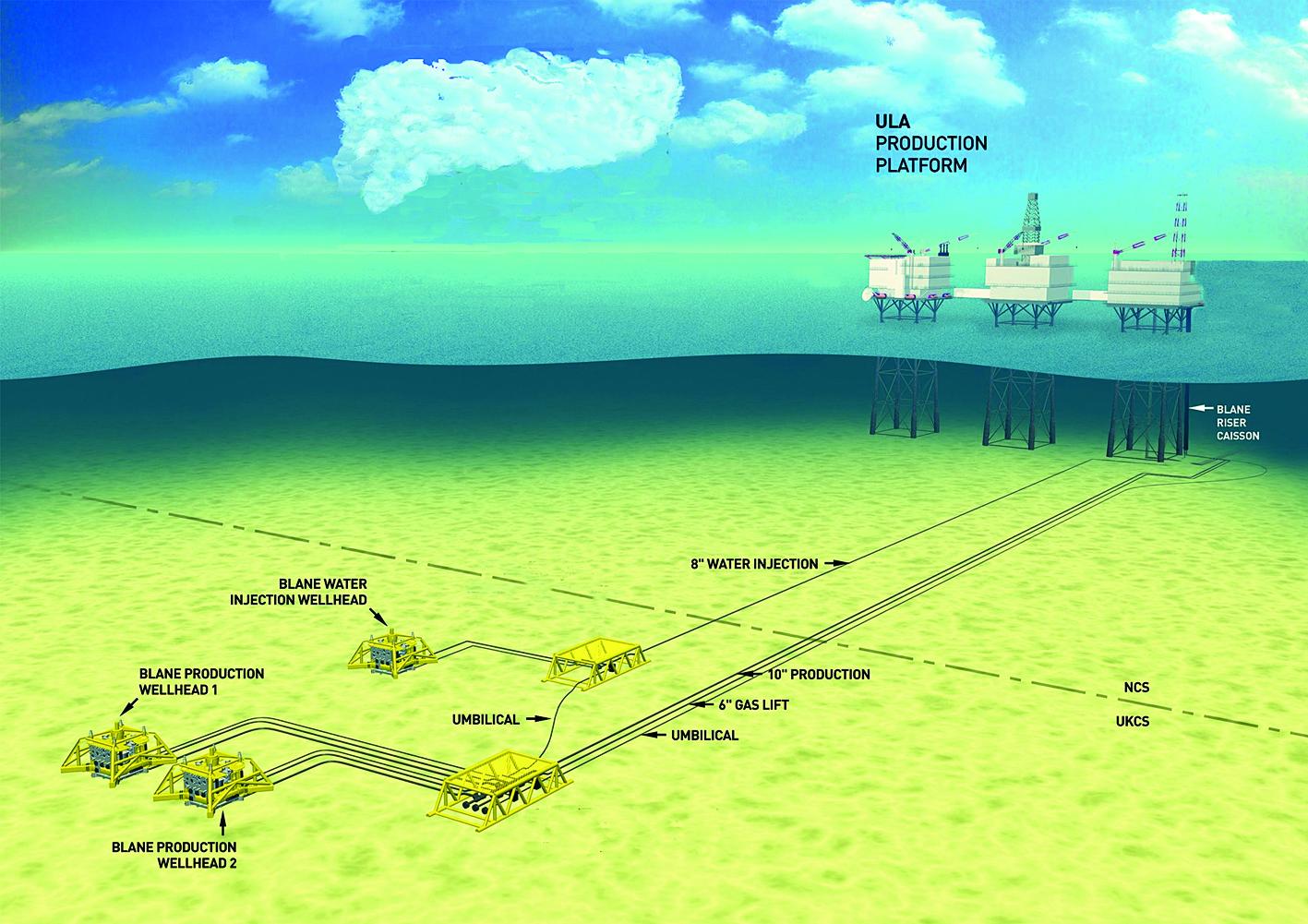 Blane is a field in the southern part of the Norwegian sector in the North Sea, 35 kilometres southwest of the Ula field. The field is located on the border to the UK sector and the Norwegian share of the field is 18 per cent. The water depth is 70 metres. Blane was discovered in 1989, and the plan for development and operation (PDO) was approved in 2005. The field has been developed with a subsea facility on the British continental shelf with two horizontal production wells tied to Ula. Production started in 2007.

Blane produces oil from Paleocene sandstone in the Forties Formation. The reservoir is of moderate to good quality and lies at a depth of 3,100 metres.

Until 2019, the field was produced with pressure support from injection of produced water from the Blane, Tambar and Ula fields. The field is now produced by pressure depletion. In addition, gas lift is used in the wells.

The well stream is transported by pipeline to the Ula field for processing. The oil is exported further to Teesside in the UK, while the gas is sold to Ula for injection into the Ula reservoir.

Production from the field has generally been good. Water injection stopped because of a rupture in the flowline. The impact of water injection is currently being studied. In order to maximise recovery on Blane, an infill well is being evaluated.