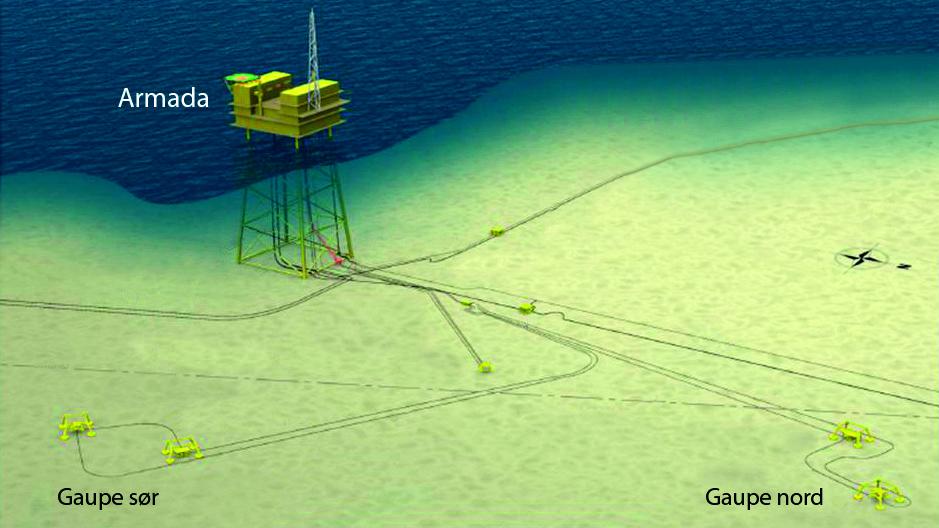 Production from Gaupe ceased in 2018. According to the formal removal resolution, decommissioning must be completed by the end of 2026.

Gaupe produced oil and gas from two structures, Gaupe South and Gaupe North. Most of the resources were in sandstone in the Triassic Skagerrak Formation, while some were in Middle Jurassic sandstone. The reservoirs lie at a depth of 3,000 metres. The two structures had a gas cap overlying an oil zone. Due to segmentation, the vertical and lateral connectivity in the field is poor.

Gaupe is a field in the central part of the North Sea close to the border to the UK sector, about 35 kilometres south of the Sleipner Øst field. The water depth is 90 metres. Gaupe was discovered in 1985, and the plan for development and operation (PDO) was approved in 2010. The development concept was two single horizontal subsea wells tied to the Armada installation on the UK continental shelf. Production started in 2012.