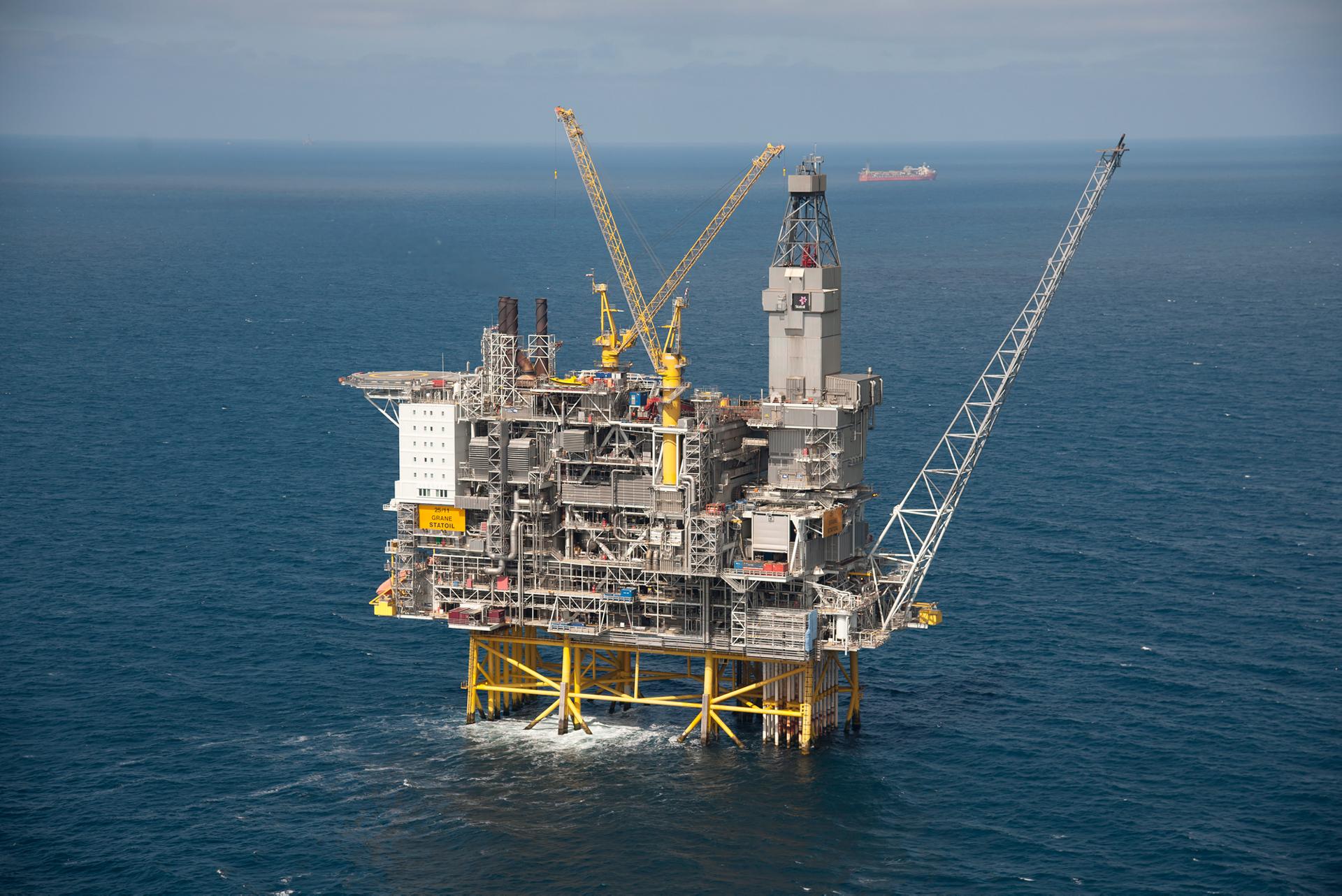 Grane is a field in the central part of the North Sea, just east of the Balder field. The water depth is 130 metres. Grane was discovered in 1991, and the plan for development and operation (PDO) was approved in 2000. The field has been developed with an integrated accommodation, drilling and processing facility with a steel jacket. The facility has 40 well slots. Production started in 2003. The Svalin field is tied-back to Grane platform.

Grane produces oil with high viscosity mostly from Paleocene sandstone in the Heimdal Formation with very good reservoir properties. The field comprises a main structure and some additional segments with full communication. The reservoir depth is 1,700 metres.

The field is produced by gas injection at the top of the structure, and horizontal production wells at the bottom of the oil zone. In 2010, Grane terminated gas import from the Heimdal gas centre, and only produced gas was reinjected into the reservoir. Gas import started up again in 2014. Grane has limited water injection. Oil recovery is maintained by gas injection and drilling of new wells, including sidetracks from existing producers.

Oil from Grane is transported by pipeline to the Sture terminal for storage and export.

The recoverable volumes have increased since the initial PDO estimates. A permanent reservoir monitoring system installed on the seabed provides more detailed seismic data for improved reservoir management. Several wells have been drilled, and new wells are being planned, most of them as multilateral wells. The 25/8-4 (D-struktur) and 25/11-27 (F-struktur) discoveries in the area are considered for tie-in to the Grane platform.