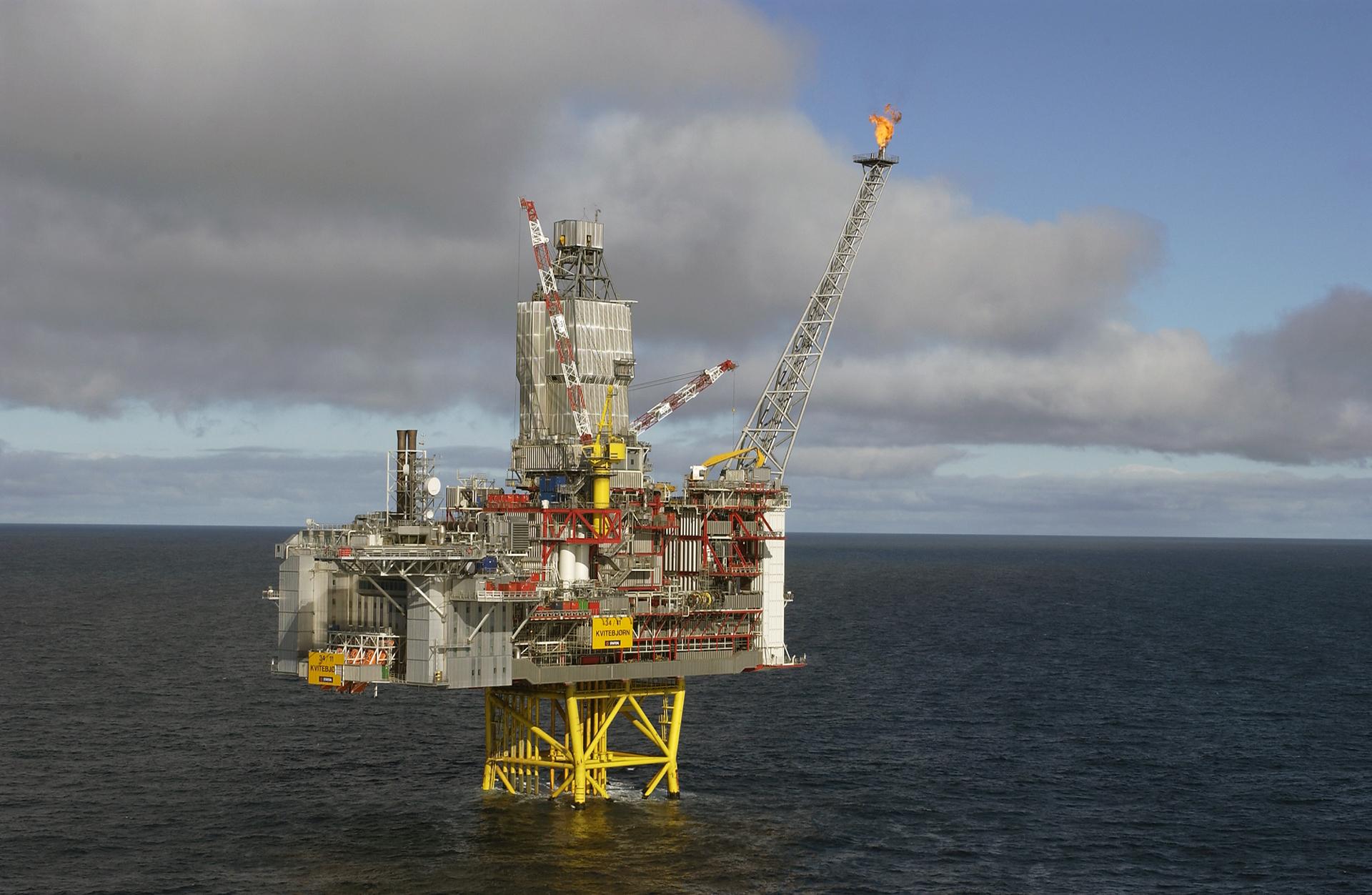 The production on Kvitebjørn is declining. A drilling campaign started in 2020, two wells are put into production, and four additional wells are on the drilling Schedule.

Kvitebjørn is a field in the Tampen area in the northern part of the North Sea, 15 kilometres southeast of the Gullfaks field. The water depth is 190 metres. Kvitebjørn was discovered in 1994, and the plan for development and operations (PDO) was approved in 2000. The field is developed with an integrated accommodation, drilling and processing facility with a steel jacket. Production started in 2004. An amended PDO including several deposits and prospects was approved in 2006.

Kvitebjørn produces gas and condensate from Middle Jurassic sandstone in the Brent Group. Secondary reservoirs are in the Lower Jurassic Cook Formation and Upper Triassic Statfjord Group. The reservoirs lie at a depth of 4,000 metres and initially had high pressure and high temperature (HPHT). The reservoir quality is good.

The field is produced by pressure depletion. Gas pre-compression started in 2014 and has increased the gas recovery from the field.

Rich gas is transported through the Kvitebjørn Gas Pipeline to the Kollsnes terminal, while condensate is transported in a pipeline tied to the Troll Oil Pipeline II and further to the Mongstad terminal.