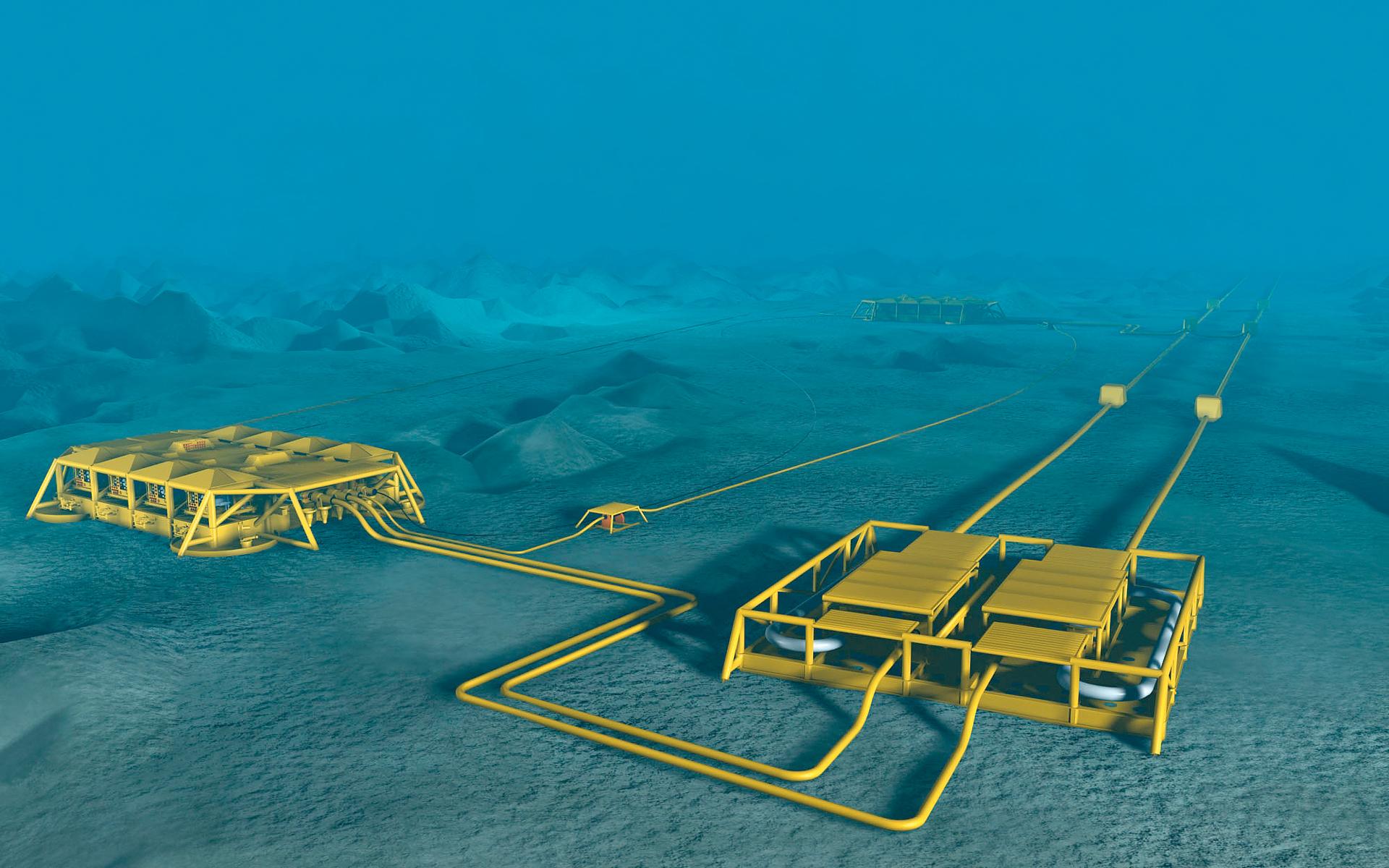 Ormen Lange is a field in the southern part of the Norwegian Sea, 120 kilometres west-northwest of the Nyhamna processing plant. The water depth varies from 800 to more than 1,100 metres. Ormen Lange was discovered in 1997, and the plan for development and operation (PDO) was approved in 2004. Deep water and seabed conditions made the development very challenging and triggered development of new technology. The field has been developed in several phases. The development comprises four 8-slot subsea templates with a total of 24 production wells. Production started in 2007 from two subsea templates in the central part of the field. In 2009 and 2011, two additional templates were installed in the southern and northern parts of the field, respectively.

Ormen Lange produces very dry gas and small amounts of condensate from Paleocene sandstone in the Egga Formation. The reservoir lies at a depth of 2,700-2,900 metres below sea level and has excellent quality.

The well stream is transported in two multiphase pipelines to the Nyhamna terminal for processing and is exported in the Langeled pipeline via Sleipner to Easington in the UK.

Ormen Lange production is declining, and reservoir monitoring is a key focus. Land-based gas compression at the Nyhamna terminal started operation in 2017, and a PDO for subsea gas compression was submitted to the authorities in 2021. Work is ongoing to increase recovery from the field, and two new infill wells are planned drilled in 2022.