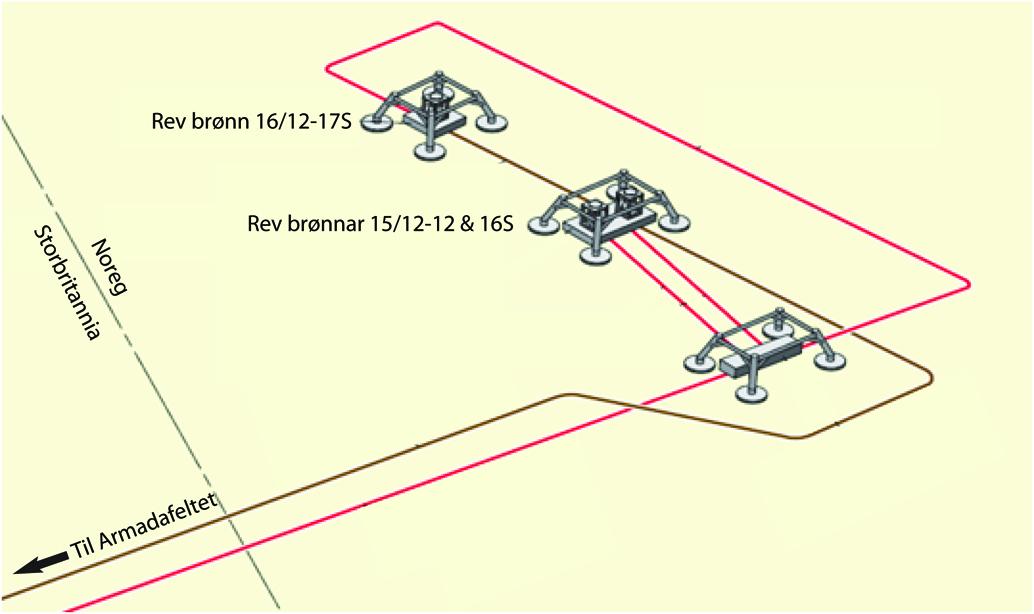 The estimated volumes have been reduced since the PDO. A negative pressure development starting from 2012 resulted in cessation of regular production in 2013. It has, however, been possible to produce the wells with very short production periods and long pressure build-up periods. It is expected that cyclic production will continue until decommissioning begins. According to the formal removal resolution, decommissioning must be completed by the end of 2023.

Rev is a field close to the UK border in the southern part of the Norwegian sector in the North Sea, four kilometres south of the Varg field. The water depth is 90-110 metres. Rev was discovered in 2001, and the plan for development and operation (PDO) was approved in 2007. The field is developed with a subsea template including three production wells connected to the Armada field on the UK continental shelf. Production started in 2009.

Rev produces gas and some condensate from intra-Heather sandstone of Late Jurassic age. The reservoir is a simple structure divided into two segments. It surrounds a salt structure at 3,000 metres depth. Reservoir quality is good. Measurements show that the reservoir is in pressure communication with the Varg field.

The well stream is routed through a 10-kilometre pipeline to the Armada field in the UK sector and further to the Teeside terminal for final processing. The condensate is sold as stabilised crude oil.