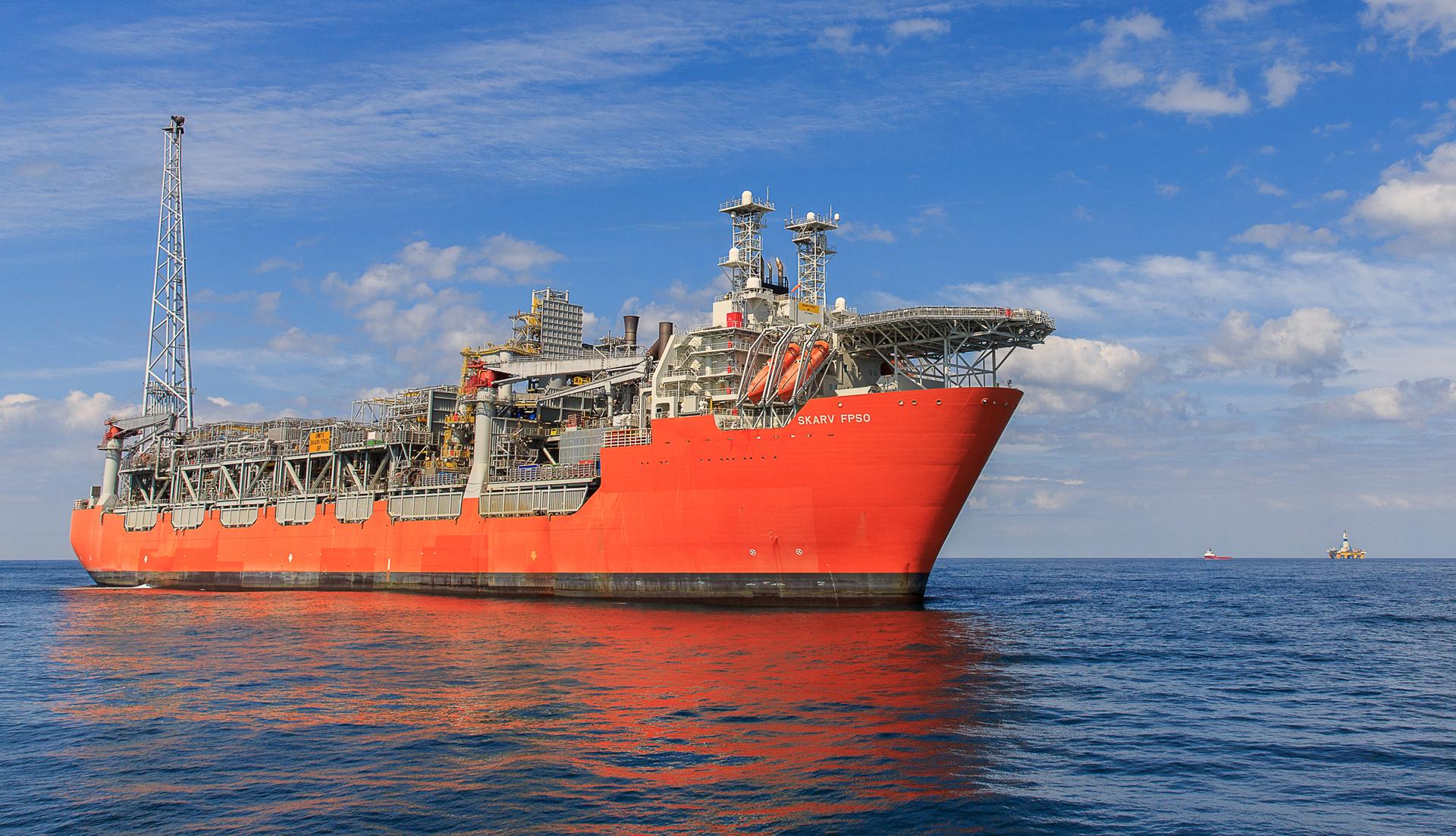 Skarv is a field in the northern part of the Norwegian Sea, 35 kilometres southwest of the Norne field. The water depth is 350-450 metres. Skarv was discovered in 1998, and the plan for development and operation (PDO) was approved in 2007. Skarv is a joint development of the Skarv, Idun, Ærfugl and Gråsel deposits. The development concept is a production, storage and offloading vessel (FPSO) with five subsea templates. Production started in 2013.

Skarv produces gas and oil from Lower and Middle Jurassic sandstone in the Tilje, Ile and Garn Formations. The Garn Formation has good reservoir quality, while the Tilje Formation has relatively poor quality. The reservoirs are divided into several fault segments and lie at a depth of 3,300-3,700 metres.

The field is produced with pressure support by gas injection and gas lift.

The oil is offloaded to shuttle tankers, while the gas is transported to the Kårstø terminal in an 80-kilometre pipeline connected to the Åsgard Transport System (ÅTS).

Skarv oil production is declining, and gas injection is important for oil recovery. Optimal timing of gas blowdown is continuously being evaluated, and work is ongoing to evaluate the potential of infill wells and prospects in the area.