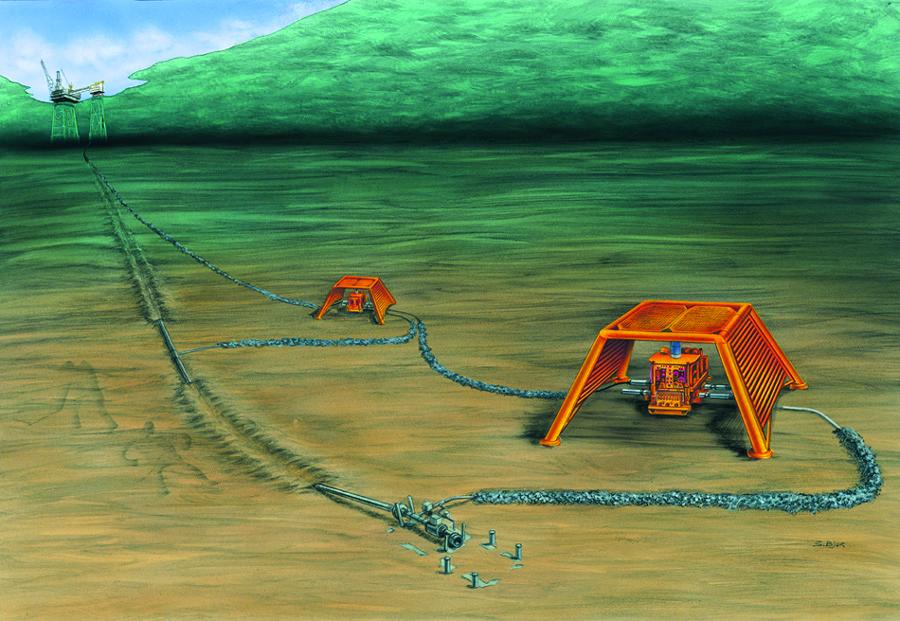 The field is now in its tail phase. The Byggve reservoir is flooded by formation water, and there is no more recoverable gas. Skirne production is optimised by maintaining a low inlet pressure on the Heimdal facility. Skirne can produce as long as the Heimdal facility is available until June 2023. A decommissioning plan for Atla and Skirne was submitted to the authorities in 2015, and work is progressing to confirm the detailed plans for decommissioning and removal.

Skirne, including the Byggve deposit, is a field in the central part of the North Sea, 20 kilometres east of the Heimdal field. The water depth is 120 metres. Skirne was discovered in 1990, and the plan for development and operation (PDO) was approved in 2002. The field has been developed with two subsea templates tied to the Heimdal facility. Production started in 2004. The Atla field was tied-back to Skirne in 2012.

Skirne and Byggve produce gas and condensate from Middle Jurassic sandstone in the Brent Group. The Skirne deposit lies at a depth of 2,370 metres and the Byggve deposit at 2,900 metres. The reservoir quality is good.