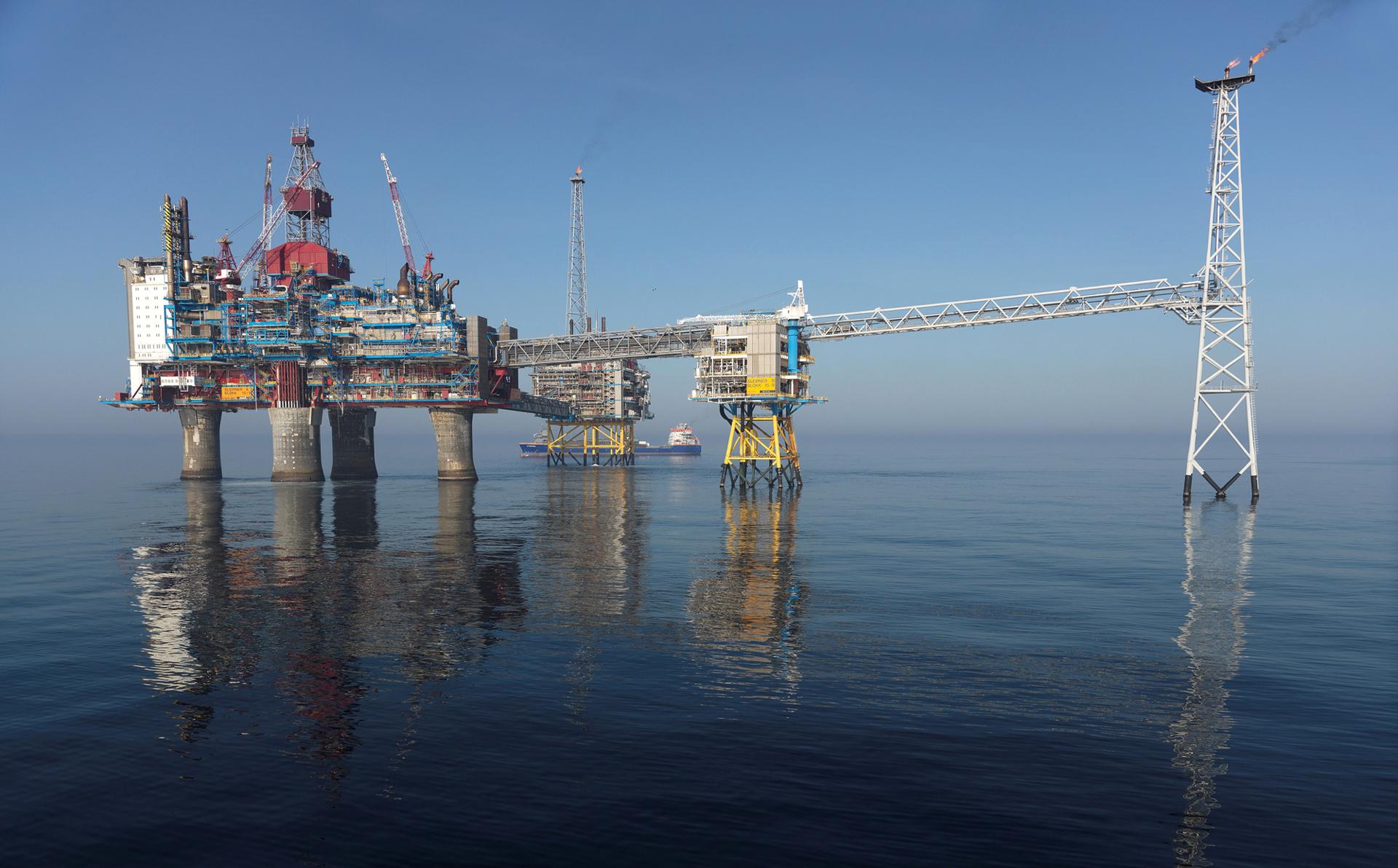 Sleipner Øst is a field in the central part of the North Sea. The water depth is 80 metres. Sleipner Øst was discovered in 1981, and the plan for development and operation (PDO) was approved in 1986. The field has been developed with Sleipner A, an integrated processing, drilling and accommodation facility with a concrete base structure. The development includes the Sleipner R riser facility, which connects Sleipner A to the pipelines for gas transport, and the Sleipner T facility for processing and CO2 removal. Production started in 1993. A PDO for Loke Heimdal was approved in 1991 and for Loke Triassic in 1995. Two subsea templates were installed, one for production from the northern part of Sleipner Øst and one for production from the Loke deposit. The Alpha Nord segment was developed in 2004 with a subsea template tied-back to the Sleipner T with an 18-kilometre pipeline. The Utgard field is tied-back to Sleipner T for processing and CO2 removal. The CO2 is injected into the Utsira Formation via a dedicated well at Sleipner A. The Sigyn, Gungne, Gudrun and Gina Krog fields are tied-back to Sleipner A.

Sales gas is exported from the Sleipner A facility via Gassled (Area D) to market. Unstable condensate is transported to the Kårstø terminal by pipeline.

Production is in the late tail phase. Work is ongoing to decrease the decline rate. Increased sand and water production due to pressure depletion of the reservoir is a challenge. CO2 injection in the Hugin reservoir is being evaluated to increase recovery. The exploration potential in the area and tie-in of nearby discoveries are being evaluated. It is planned that the facilities will be operated with power from shore starting in 2022, as part of the electrification of the Utsira High area.