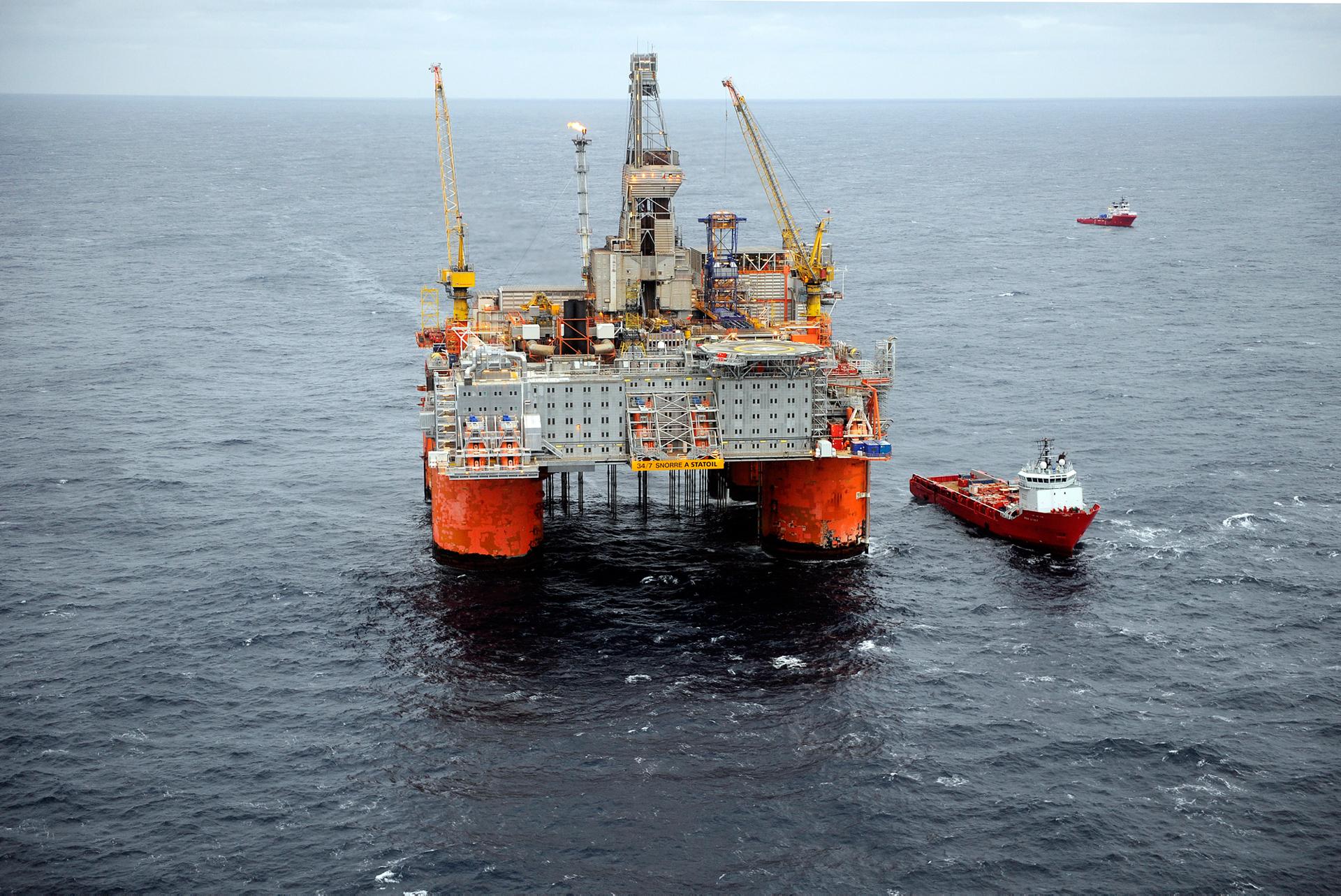 Snorre is a field in the Tampen area in the northern part of the North Sea. The water depth is 300-350 metres. Snorre was discovered in 1979, and the plan for development and operation (PDO) was approved in 1988. The field is developed with the facilities Snorre A, located in the southern part of the field, and Snorre UPA, located centrally on the field. Snorre A is a floating tension-leg platform for accommodation, drilling and processing. Snorre UPA is a subsea production facility tied-back to Snorre A. There is also a separate process module on Snorre A for full stabilisation of the well stream from the Vigdis field. Production from Snorre A started in 1992. In 1998, a PDO was approved for Snorre B, a semi-submersible integrated drilling, processing and accommodation facility located in the northern part of the field. Snorre B started production in 2001. In 2018, an amended PDO for the Snorre Expansion Project was approved. The subsea development will be tied-back to Snorre A and consists of six subsea templates, each with four wells.

Snorre produces oil from Triassic and Lower Jurassic sandstone in the Lunde Formation and Statfjord Group. The field consists of several large fault blocks. The reservoir is at a depth of 2,000-2,700 metres and has a complex structure with both channels and flow barriers.

The field is produced with pressure support from water injection, gas injection and water alternating gas injection (WAG). From 2019, all gas will be reinjected to increase oil recovery.

Oil and gas are separated in two process stages at the Snorre A facility before transport in separate pipelines to Statfjord A for final processing and export. In 2019, Snorre A will cease export to Statfjord A, and will reroute production to the Vigdis process module. Stabilised oil will be exported through the existing Vigdis pipeline to Gullfaks A. The oil will be stored and loaded onto shuttle tankers at the Gullfaks field. All gas, from both Snorre and Vigdis, will from 2019 be reinjected into the Snorre field. Fully processed oil from Snorre B is transported by pipeline to Statfjord B for storage and loading to shuttle tankers.

Technical failure of a production riser on the Snorre B platform has resulted in reduced production in 2019. Further development of the field, Snorre Expansion, is ongoing. The new wells are planned to start production in early 2021.