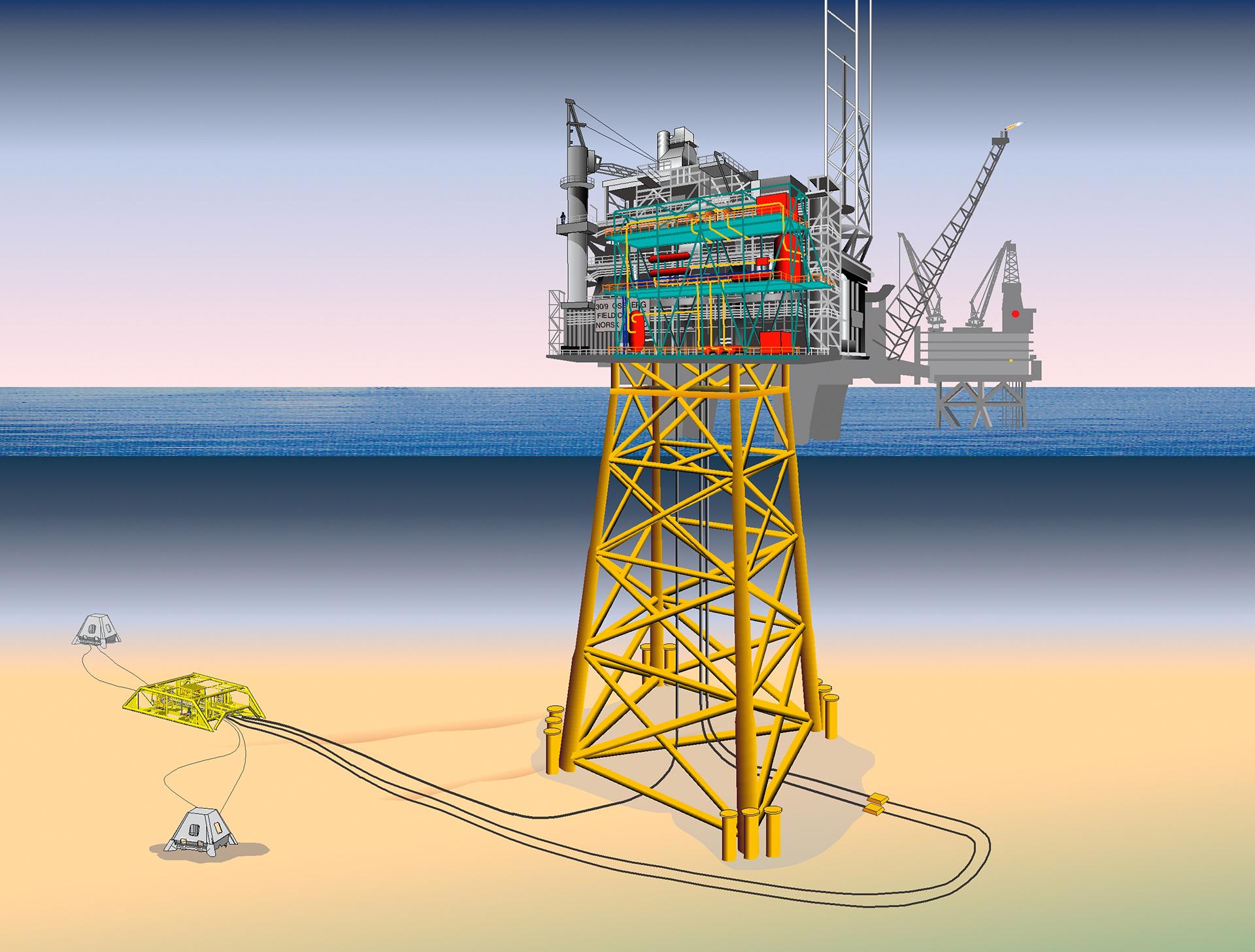 Tune is in the tail production phase and produces cyclically. Due to technical issues, there has been longer periods with no production from the Field.

Tune produces gas and some condensate mainly from Middle Jurassic sandstone in the Tarbert Formation (Brent Group). The reservoir is divided into several inclined fault blocks and lies at a depth of 3,400 metres. Another reservoir is in the underlying Statfjord Formation.

The field is produced by pressure depletion. Low-pressure production has been implemented.

The well stream from Tune is transported in pipelines to the Oseberg Field Centre, where the condensate is separated and transported to the Sture terminal through the Oseberg Transport System (OTS). Gas from Tune is injected in the Oseberg field, while the licensees can export a corresponding volume of sales gas from Oseberg.