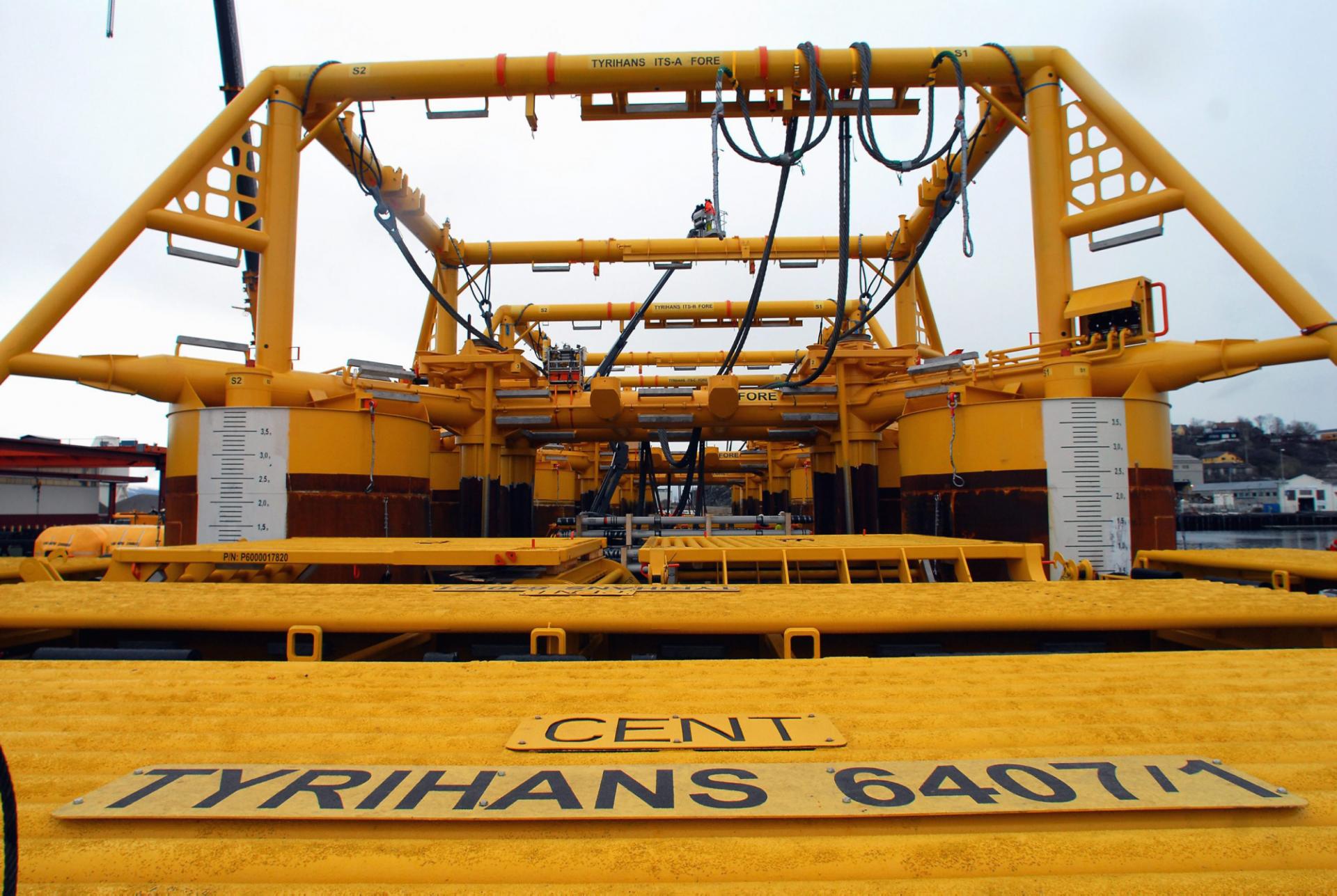 Tyrihans is a field in the Norwegian Sea, 25 kilometres southeast of the Åsgard field. The water depth is 270 metres. Tyrihans was discovered in 1983, and the plan for development and operation (PDO) was approved in 2005. The field is developed with five subsea templates tied-back to the Kristin platform, four templates for production and gas injection and one template for seawater injection. Gas for injection and gas lift is supplied from the Åsgard B platform. Production started in 2009.

Tyrihans produces oil, gas and condensate from two deposits: Tyrihans Sør and Tyrihans Nord. Tyrihans Sør has an oil column with a condensate-rich gas cap. Tyrihans Nord contains gas and condensate with a thin oil zone. The main reservoir in both deposits is in the Middle Jurassic Garn Formation at a depth of 3,500 metres. The reservoirs are homogenous and of good quality. In addition, one well produces oil from the Ile Formation.

Tyrihans has earlier been produced with pressure support by seawater and gas injection. The main recovery strategy now is pressure depletion and gas cap expansion.

The well stream is sent to the Kristin platform for processing. Gas is exported from Kristin via the Åsgard Transport System (ÅTS) to the Kårstø terminal, while oil and condensate are transported by pipeline to the storage ship Åsgard C for export on shuttle tankers.