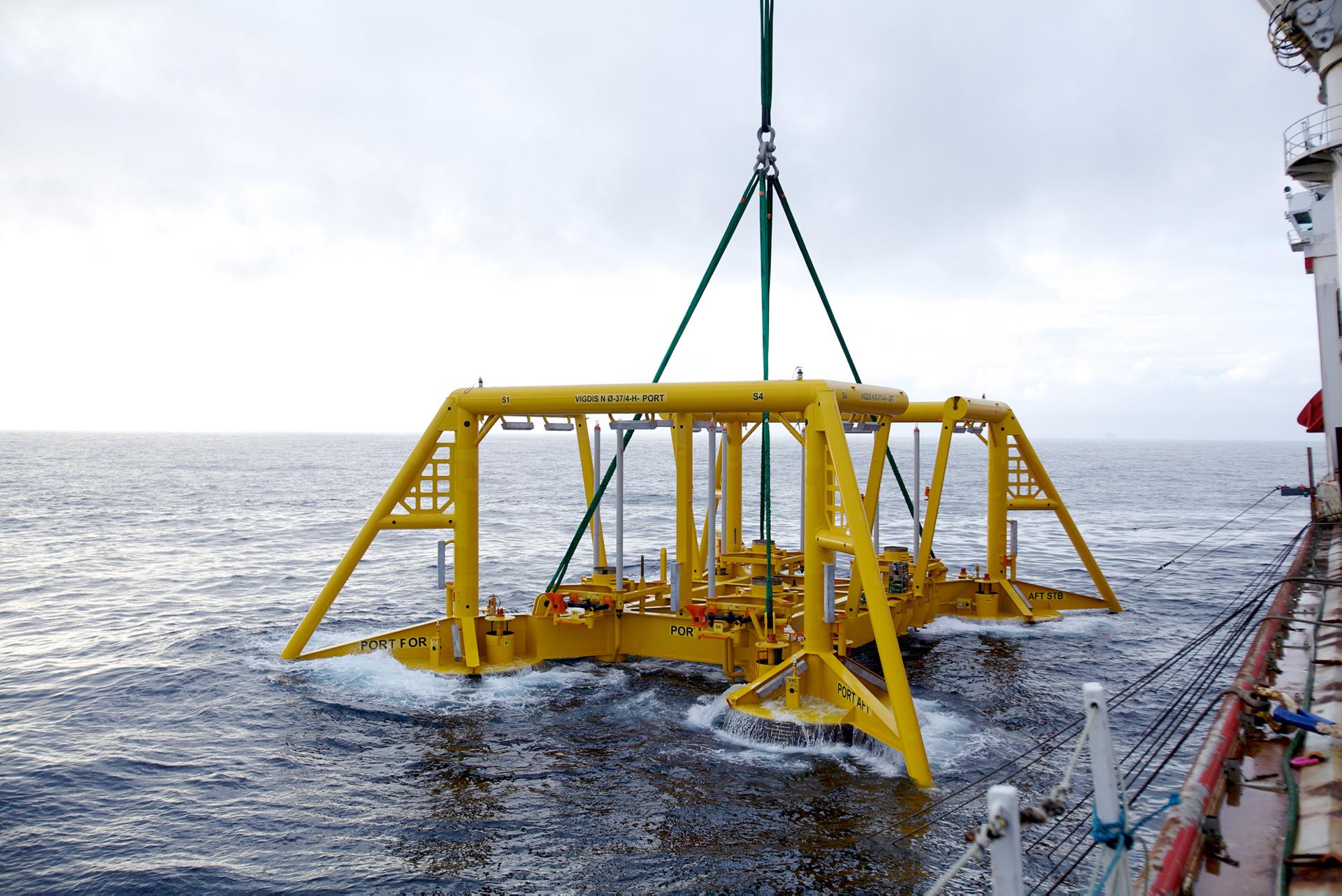 The strategy on Vigdis is to maintain reservoir pressure by water injection, while maximising production capacity and regularity. A subsea booster pump for accelerated and improved recovery was installed in 2020. New infill production wells were drilled in 2020, and the exploration well 34/7-E-4 AH proved the Lomre discovery. More infill wells are planned for the coming years. 4D-seismic data to be acquired in 2021 may result in additional drilling targets.

Vigdis is a field in the Tampen area in the northern part of the North Sea, between the Snorre, Statfjord and Gullfaks fields. The water depth is 280 metres. Vigdis was discovered in 1986, and the plan for development and operation (PDO) was approved in 1994. The field has been developed with seven subsea templates and two satellite wells connected to the Snorre A facility. Production started in 1997. Oil from Vigdis is processed in a dedicated processing module on Snorre A. Injection water is supplied from Snorre A and Statfjord C. A PDO for Vigdis Extension, including the discovery 34/7-23 S and adjoining deposits, was approved in 2002. The PDO for Vigdis Nordøst was approved in 2011.

Vigdis produces oil from sandstone in several deposits. The reservoir in the Vigdis Brent deposit is in the Middle Jurassic Brent Group, while the Vigdis Øst and Vigdis Nordøst deposits are in Upper Triassic and Lower Jurassic sandstone in the Statfjord Group. The Borg Nordvest deposit is in Upper Jurassic intra-Draupne sandstone. The reservoirs are at a depth of 2200-2600 metres and have generally good quality.

The field is produced by pressure support using water injection. Some of the reservoirs are affected by pressure depletion on the Statfjord field.

The well stream from Vigdis is routed to Snorre A through two flowlines. Stabilised oil is transported by pipeline from Snorre A to Gullfaks A for storage and export. All produced gas from Vigdis is reinjected into the Snorre reservoir.