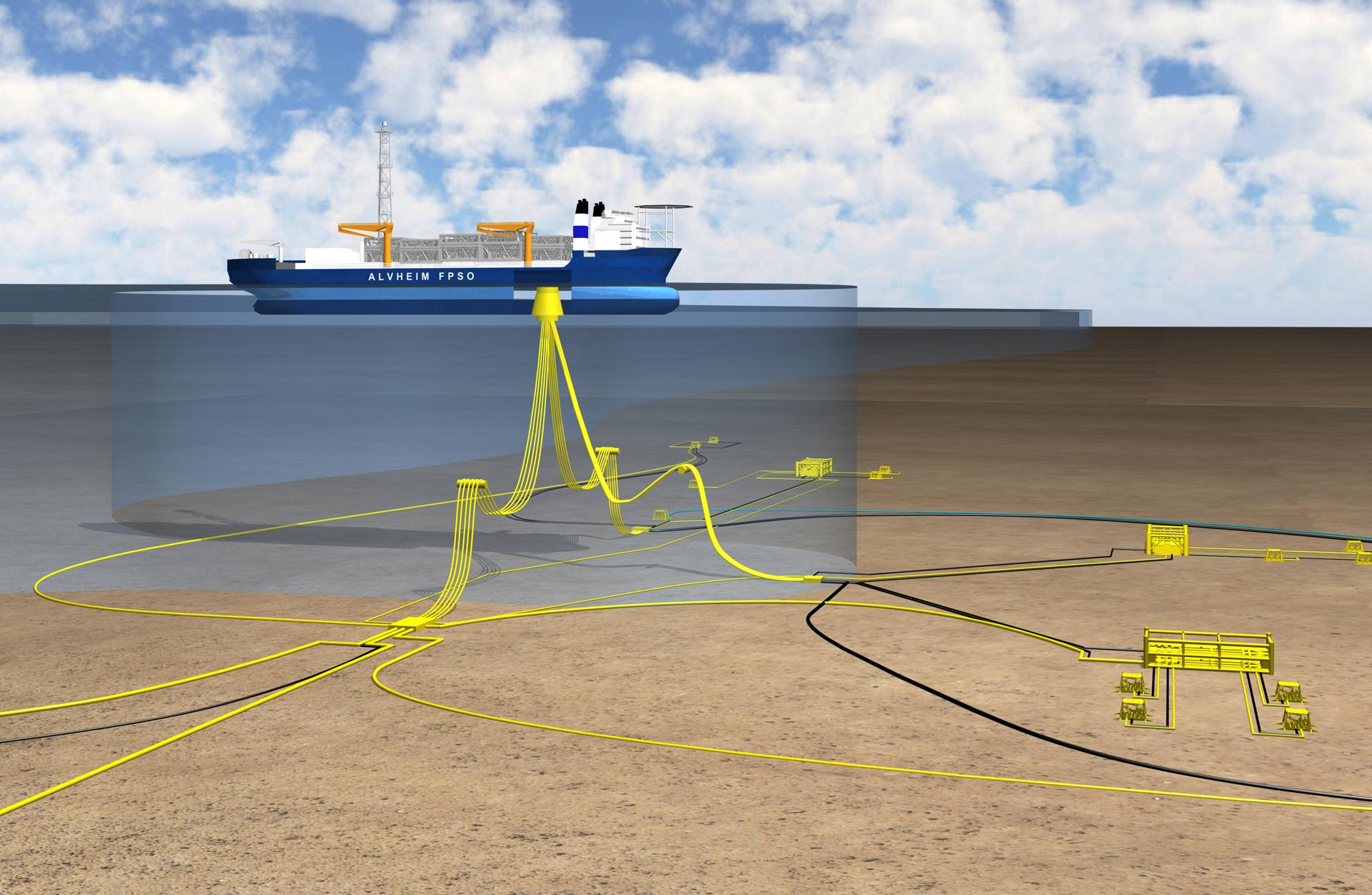 Vilje is a field in the central part of the North Sea, 20 kilometres northeast of the Alvheim field. The water depth is 120 metres. Vilje was discovered in 2003, and the plan for development for operation (PDO) was approved in 2005. The field is developed with three horizontal subsea wells tied-back to the Alvheim production, storage and offloading vessel (FPSO). Production started in 2008. The Skogul field is tied-back to the Alvheim FPSO via the Vilje template.

Vilje produces oil from turbidite sandstone of Paleocene age in the Heimdal Formation. The reservoir has good properties and lies in a fan system at a depth of 2,150 metres.

The field is produced by natural water drive from the regional underlying Heimdal aquifer.

The well stream is routed by pipeline to the Alvheim FPSO, where the oil is offloaded to shuttle tankers. The gas is transported by pipeline from Alvheim to the Scottish Area Gas Evacuation (SAGE) pipeline in the UK sector.

The recoverable volume estimates are significantly higher than in the PDO. However, production from the field is steadily declining due to increasing water cut.