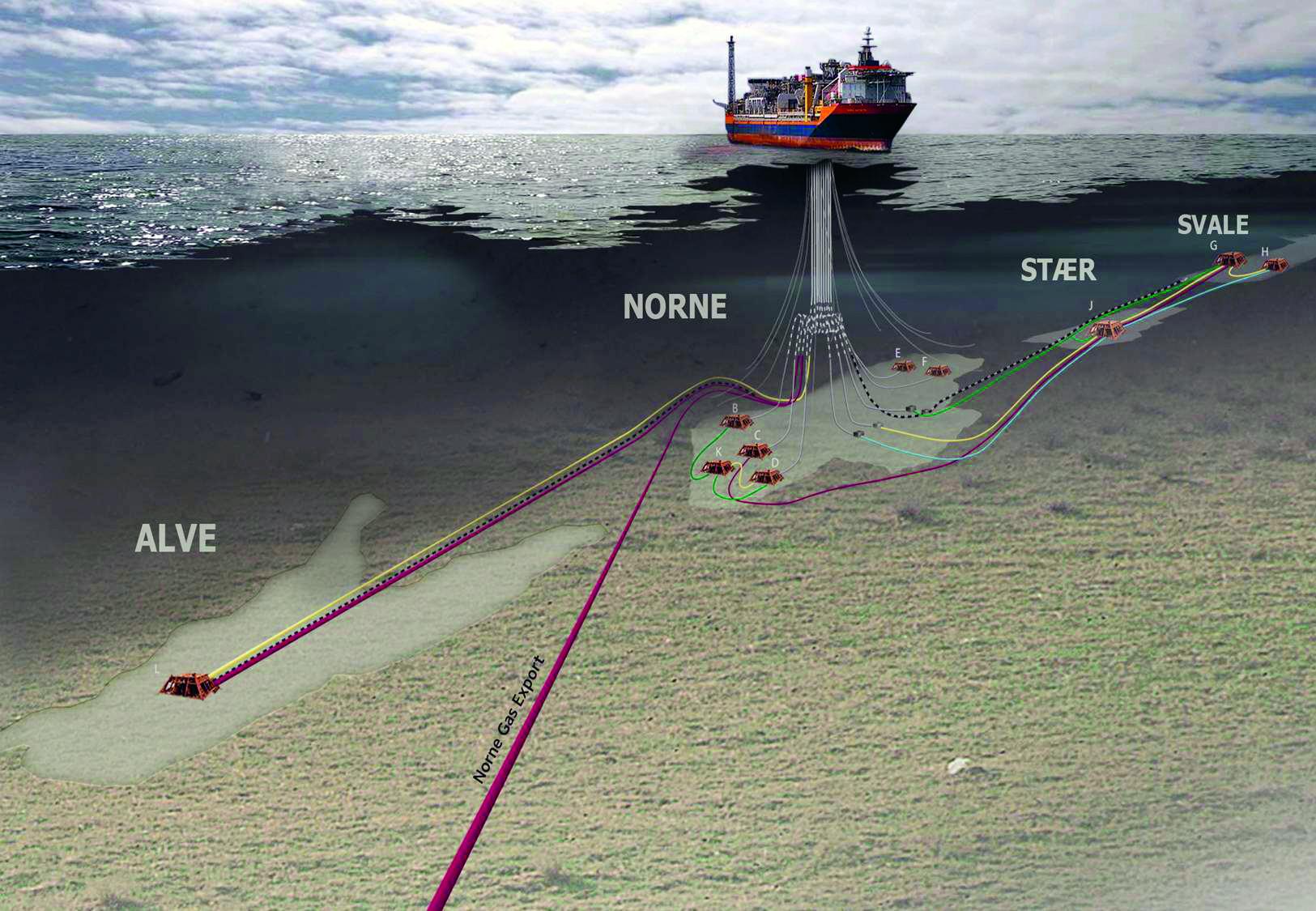 Alve is a field in the Norwegian Sea, 16 kilometres southwest of the Norne field. The water depth is 370 metres. Alve was discovered in 1990, and the plan for development and operation (PDO) was approved in 2007. The development concept is a standard subsea template with four well slots and three production wells. Alve is tied to the Norne production, storage and offloading vessel (FPSO) by a pipeline. Production started in 2009.

Alve produces oil and gas from sandstone of Early and Middle Jurassic age in the Tilje, Not and Garn Formations. The reservoir lies at a depth of 3,600 metres and has moderate to good quality.

The oil is offloaded from the Norne FPSO and the gas is transported via the Norne pipeline to the Åsgard Transport System (ÅTS) and further to the Kårstø terminal for export.