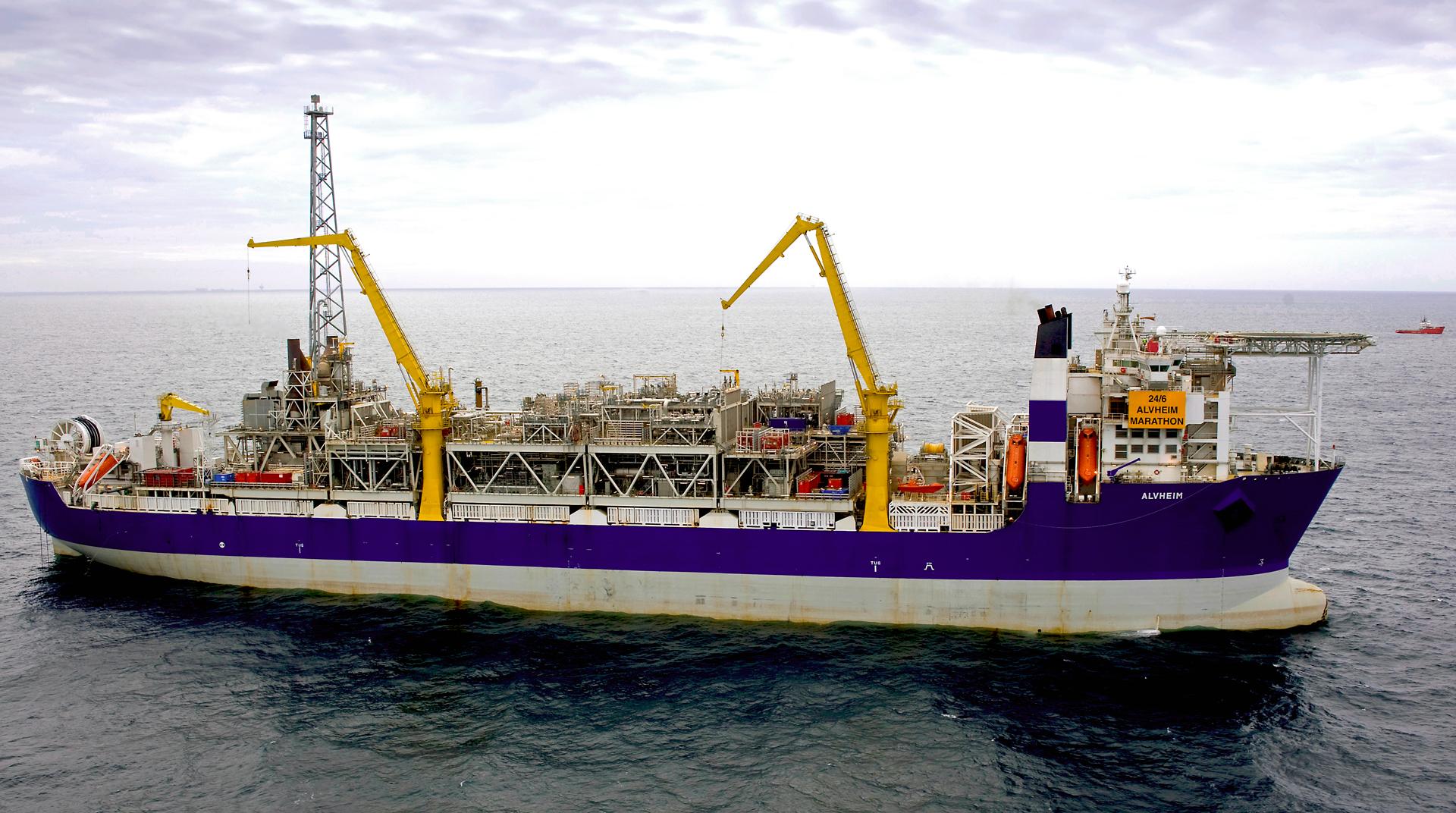 Alvheim is a field in the central part of the North Sea, ten kilometres west of the Heimdal field and near the border to the UK sector. The field includes the six discoveries Kameleon, Boa, Kneler, Viper, Kobra and Gekko. Boa lies partly in the UK sector. The water depth is 120-130 metres. Alvheim was discovered in 1998, and the plan for development and operation (PDO) was approved in 2004. The field is developed with subsea wells tied to a production, storage and offloading vessel, Alvheim FPSO. Production started in 2008. The Vilje, Volund and Bøyla fields are tied-back to Alvheim. The Skogul discovery has been tied-back to the Alvheim FPSO via the Vilje field.

Alvheim produces oil and gas from Paleocene sandstone in the Hermod and Heimdal Formations. The reservoirs are located in submarine fan deposits and injectites, mostly at depths of 2,100 to 2,200 metres. The reservoir quality is good.

The field is produced by natural water drive from an underlying aquifer.

The oil is stabilised and stored on the Alvheim FPSO before it is exported by tankers. Processed rich gas is transported by pipeline from Alvheim to the Scottish Area Gas Evacuation (SAGE) pipeline on the UK continental shelf.

Due to greater in-place volumes and longer infill wells, Alvheim has seen a significant increase in the estimated recoverable volumes of oil and gas since the PDO. The capacity of the Alvheim gas compressor is limited due to further development of the Boa deposit. Measures including reducing gas lift and choking back or shutting in of wells were taken to maximise the overall production. Alvheim production has been better than anticipated. Alvheim is a potential hub for more discoveries in the area. Plans for development and operation for the discoveries Kobra East Gekko (KEG) and Frosk were received in 2021. Both planned to be tied back to Alvheim. The discoveries Trine and Trell are currently being matured and are expected to be tied back to Alvheim.