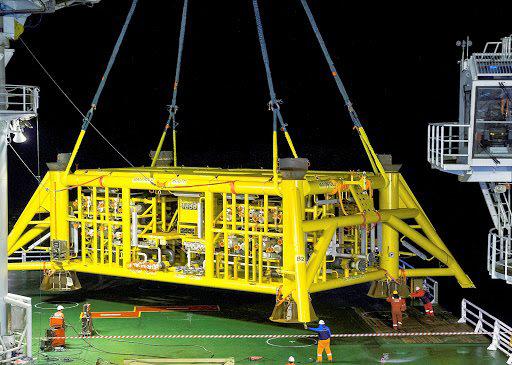 Bøyla is a field in the central part of the North Sea, 28 kilometres south of the Alvheim field. The water depth is 120 metres. Bøyla was discovered in 2009, and the plan for development and operation (PDO) was approved in 2012. The field is developed with a subsea installation including two horizontal production wells and one water injection well. The field is tied-back to the Alvheim production, storage and offloading vessel (FPSO). Production started in 2015.

Bøyla produces oil from sandstone of late Paleocene to early Eocene age in the Hermod Formation. The reservoir has good quality and lies in a channelised submarine fan system at depth of 2,100 metres.

The field is produced with pressure support from water injection. Gas lift is also necessary to support flow in the wells.

Test production from the nearby 24/9-12 S (Frosk) discovery is ongoing. This resulted in periodically shut-in of the production from Bøyla between 2019 and 2021. The PDO for Frosk was received in 2021. Frosk will be tied back to Alvheim FPSO through the Bøyla installation.