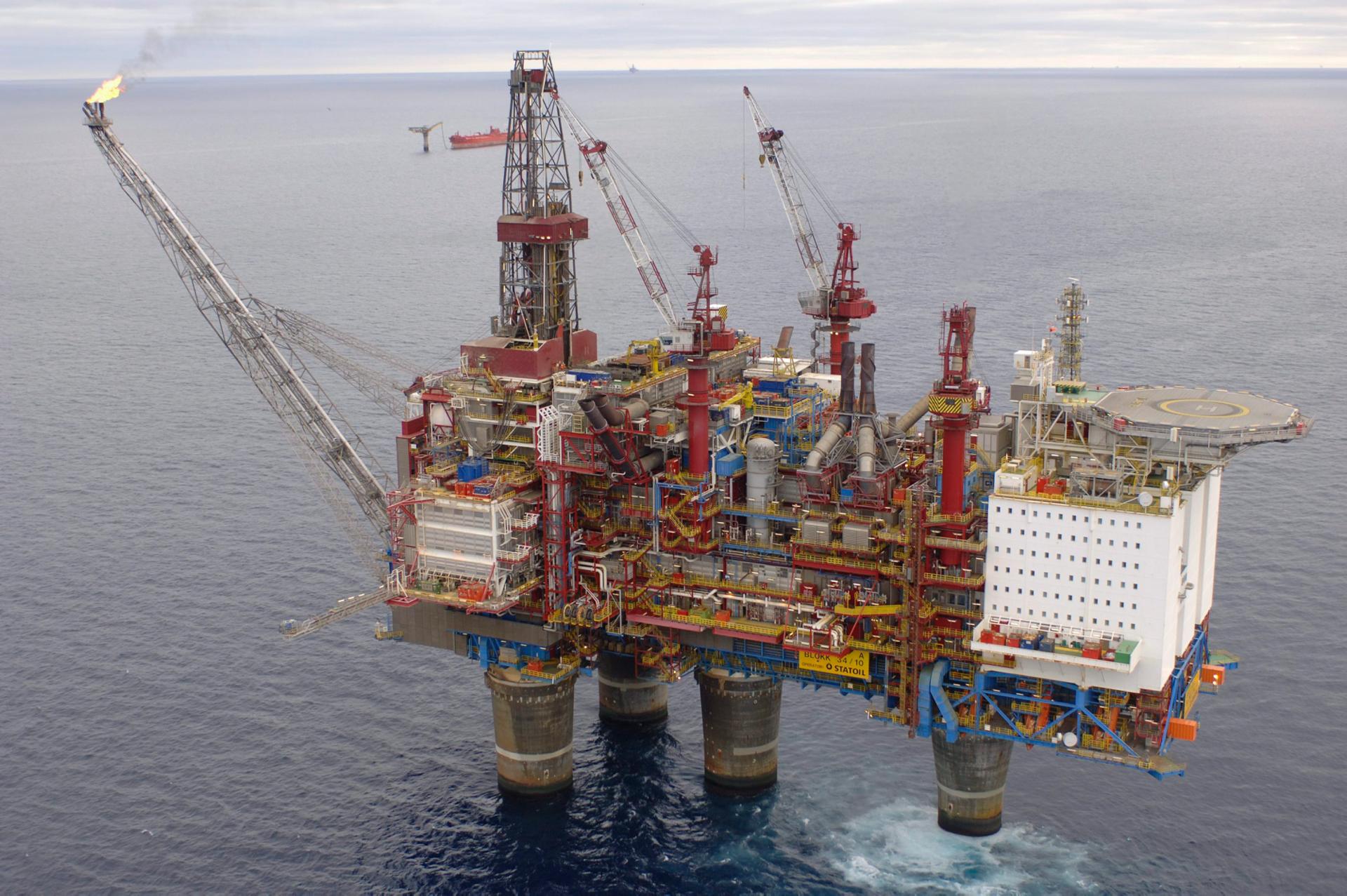 Gullfaks is a field in the Tampen area in the northern part of the North Sea. The water depth is 130-220 metres. Gullfaks was discovered in 1978, and the plan for development and operation (PDO) for Gullfaks Phase I was approved in 1981. A PDO for Gullfaks Phase II was approved in 1985. Production started in 1986. The field has been developed with three integrated processing, drilling and accommodation facilities with concrete bases (Gullfaks A, B and C). Gullfaks B has a simplified processing plant with first stage separation. Gullfaks A and C receive and process oil and gas from Gullfaks Sør and Visund Sør. The Gullfaks facilities are also involved in production and transport from the Tordis, Vigdis and Visund fields. Production from Tordis is processed in a separate facility on Gullfaks C. PDO for Gullfaks Vest was approved in 1993, and for recovery from the Lunde Formation in 1995. An amended PDO for the Gullfaks field, covering prospects and small discoveries, which could be drilled and produced from existing facilities, was approved in 2005. Amendments to the Gullfaks PDO, covering Phase I and Phase II production from the Shetland/Lista deposit, were approved in 2015 and 2019, respectively. In 2020, an amended PDO for the development of the Hywind Tampen wind farm was approved. The wind farm will consist of 11 floating turbines which will supply electricity to the Snorre and Gullfaks fields. The Snorre and Gullfaks platforms will be the first platforms in the world to receive power from a floating wind farm.

Gullfaks produces oil from Middle Jurassic sandstone in the Brent Group, and from Lower Jurassic and Upper Triassic sandstone in the Statfjord Group and Cook and Lunde Formations. Recoverable oil is also present in fractured carbonate and shale in the overlying Shetland Group and Lista Formation. The reservoirs lie at a depth of 1,700-2,000 metres in rotated fault blocks in the west and a structural horst (raised fault block) in the east, with a highly faulted area in between. Reservoir quality is generally good to very good in the Jurassic reservoirs within each fault compartment, but poor reservoir communication is a challenge for pressure maintenance.

Oil is exported from Gullfaks A and Gullfaks C via loading buoys onto tankers. Rich gas is transported by Statpipe for further processing at the Kårstø terminal.

Drilling of new wells on Gullfaks has been challenging for many years due to overpressured areas in the Shetland/Lista interval. Production from the Shetland/Lista reservoirs has gradually contributed to reduced overpressures and improved drillability. Additional wells are being drilled continuously from all platforms. Hywind Tampen is scheduled for start-up at the end of 2022.