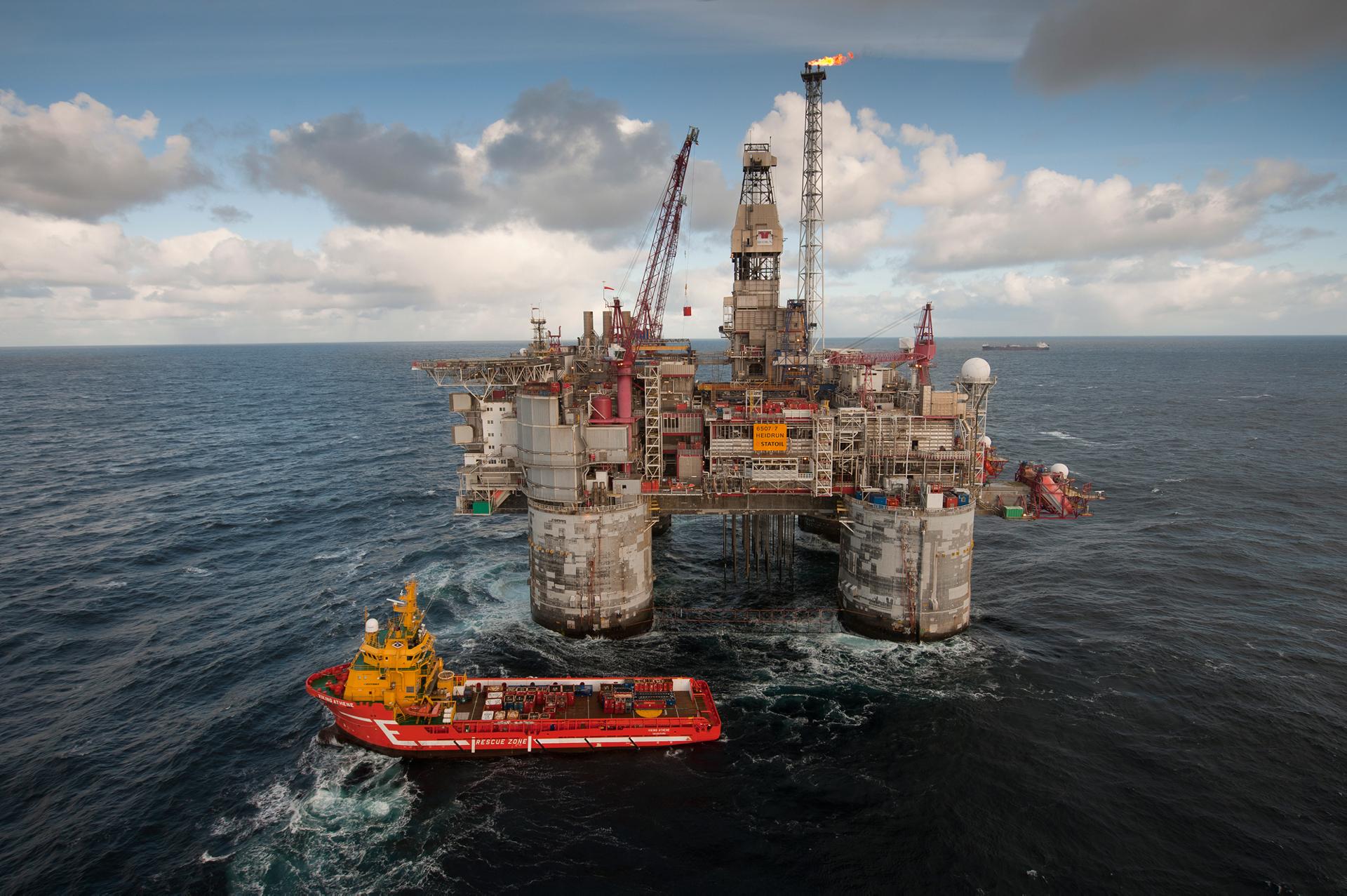 Heidrun is a field on Haltenbanken in the Norwegian Sea, 30 kilometres northeast of the Åsgard field. The water depth is 350 metres. Heidrun was discovered in 1985, and the plan for development and operation (PDO) was approved in 1991. The field has been developed with the world’s first ever floating concrete tension-leg platform (TLP), installed over a large subsea template with 56 well slots. Six subsea templates in the southern and northern areas are additionally tied-back to the TLP. Production started in 1995. The PDO for the Heidrun northern flank was approved in 2000. The Maria field receives water for injection from Heidrun. The Dvalin field has a dedicated gas processing plant on the Heidrun platform.

The field is produced with pressure maintenance using water and gas injection in the Ile and Garn Formations. In the more complex parts of the reservoir, in the Åre and Tilje Formations, the main recovery strategy is water injection. Some segments are also produced by pressure depletion.

The oil is loaded onto tankers and shipped to either the Mongstad terminal or to Tetney in the UK. The gas is transported by pipeline to the terminal at Tjeldbergodden and/or via the Åsgard Transport System (ÅTS) to the Kårstø terminal.

Production from Heidrun is maintained at a relatively high level through continuous water and gas injection and drilling of new production and injection wells. Several methods are being evaluated to improve recovery and prolong the lifetime of the field, including infill wells, new drilling technology and methods for enhanced oil recovery (EOR). A water alternating gas (WAG) injection pilot was started in 2019 and continued injection in 2021. Development of the Alpha Horst discovery is being planned.