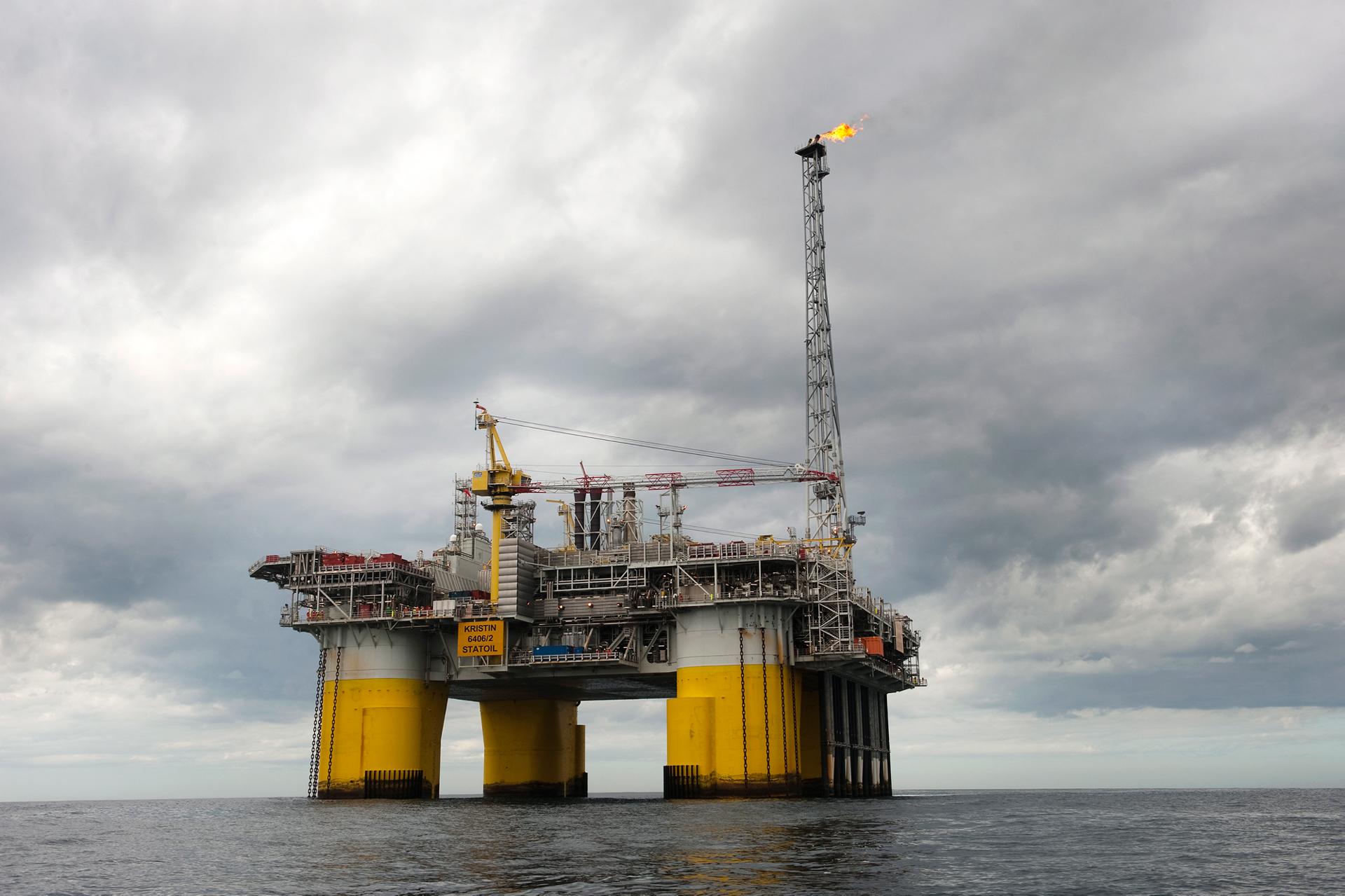 Kristin is a field in the Norwegian Sea, a few kilometres southwest of the Åsgard field. The water depth is 370 metres. Kristin was discovered in 1997, and the plan for development and operation (PDO) was approved in 2001. The field is developed with four 4-slot subsea templates tied-back to a semi-submersible facility for processing. Production started in 2005. An amended PDO was approved in 2007. The Tyrihans and Maria fields are tied to the Kristin facility.

The field is produced by pressure depletion. Low pressure production from the reservoir was implemented in 2014.

The well stream is processed at Kristin and the gas is transported via the Åsgard Transport System (ÅTS) to the Kårstø terminal. Light oil is transferred to the Åsgard C facility for storage and export. Condensate from Kristin is sold as oil.

Kristin production is in the tail phase. The reservoir pressure has decreased faster than expected, leading to challenges such as production of water and sand. Total recovery from the field is therefore expected to be lower than the PDO estimates. Kristin is considered a possible processing centre for several discoveries in the area.