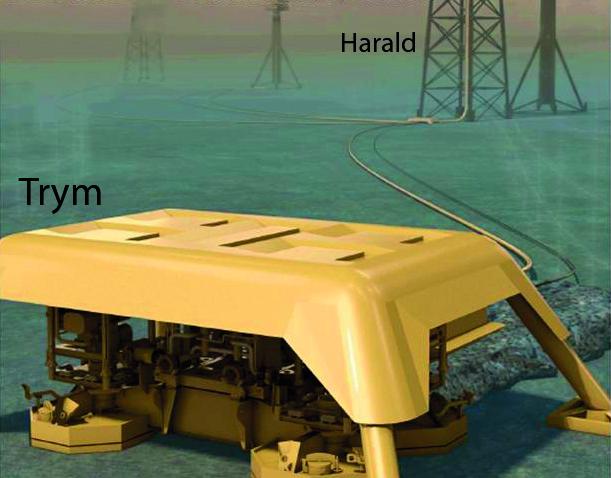 The production from Trym has been temporarily shut-in since September 2019, due to a major redevelopment project on the Tyra field in the Danish sector. Trym production is expected to restart in 2023, once the Tyra project is completed.

The well stream is processed on the Harald facility for further transport through the Danish pipeline system via the Tyra field.

The field is produced by pressure depletion. A low-pressure project was started in 2017 and is expected to accelerate production, thus increasing final recovery.

Trym produces gas and condensate from Middle Jurassic sandstone in the Sandnes Formation. The reservoir is located at a depth of 3,400 metres and has good quality.

Trym is a field in the southern part of the Norwegian sector in the North Sea, three kilometres from the border to the Danish sector. The water depth is 65 metres. Trym was discovered in 1990, and the plan for development and operation (PDO) was approved in 2010. The field is developed with a subsea template including two horizontal production wells, tied to the Harald facility in the Danish sector. Production started in 2011.