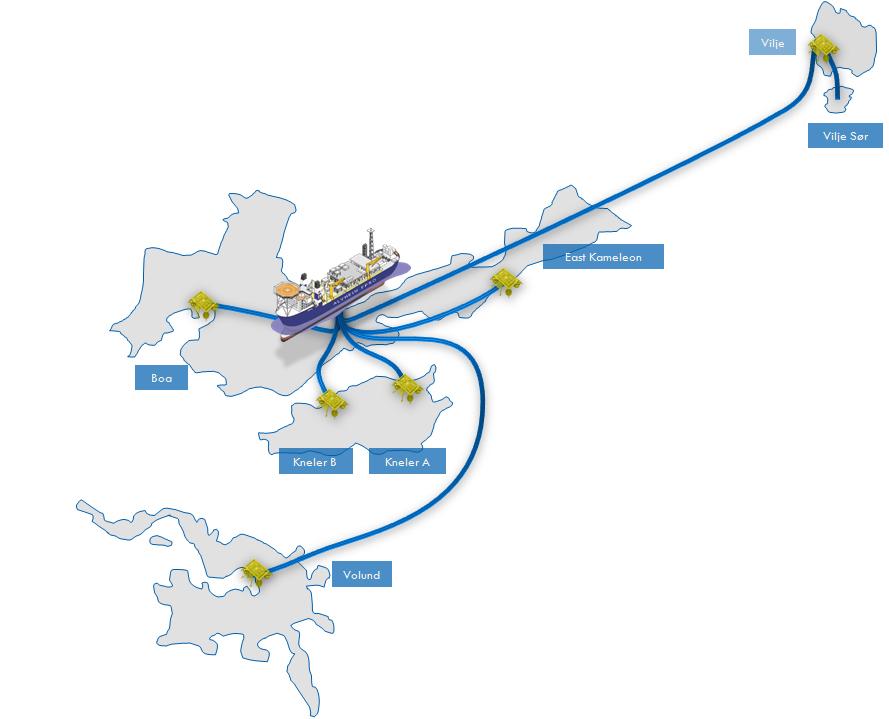 Volund is a field in the North Sea, 10 kilometres south of the Alvheim field. The water depth is 120 metres. Volund was discovered in 1994, and the plan for development and operation (PDO) was approved in 2007. The field was developed with a subsea template including four horizontal subsea production wells and one injection well tied to the Alvheim production, storage and offloading vessel (FPSO). Production started in 2009. An additional subsea template was installed later.

Volund produces oil from Paleocene sandstone in the Hermod Formation. The deposit is a unique injectite trap. The sand was remobilised in the early Eocene and injected into the overlying Balder Formation. The reservoir lies at a depth of 2,000 metres and has excellent quality.

The field is produced with significant pressure support from the aquifer and with injection of produced water delivered from the Alvheim FPSO.

The well stream is routed by pipeline to the Alvheim FPSO. The oil is offloaded to shuttle tankers, and the associated gas is transported to the Scottish Area Gas Evacuation (SAGE) pipeline system and further to St Fergus in the UK.

Additional wells drilled on the Volund have resulted in significantly increased production. Water cut on the field is increasing.