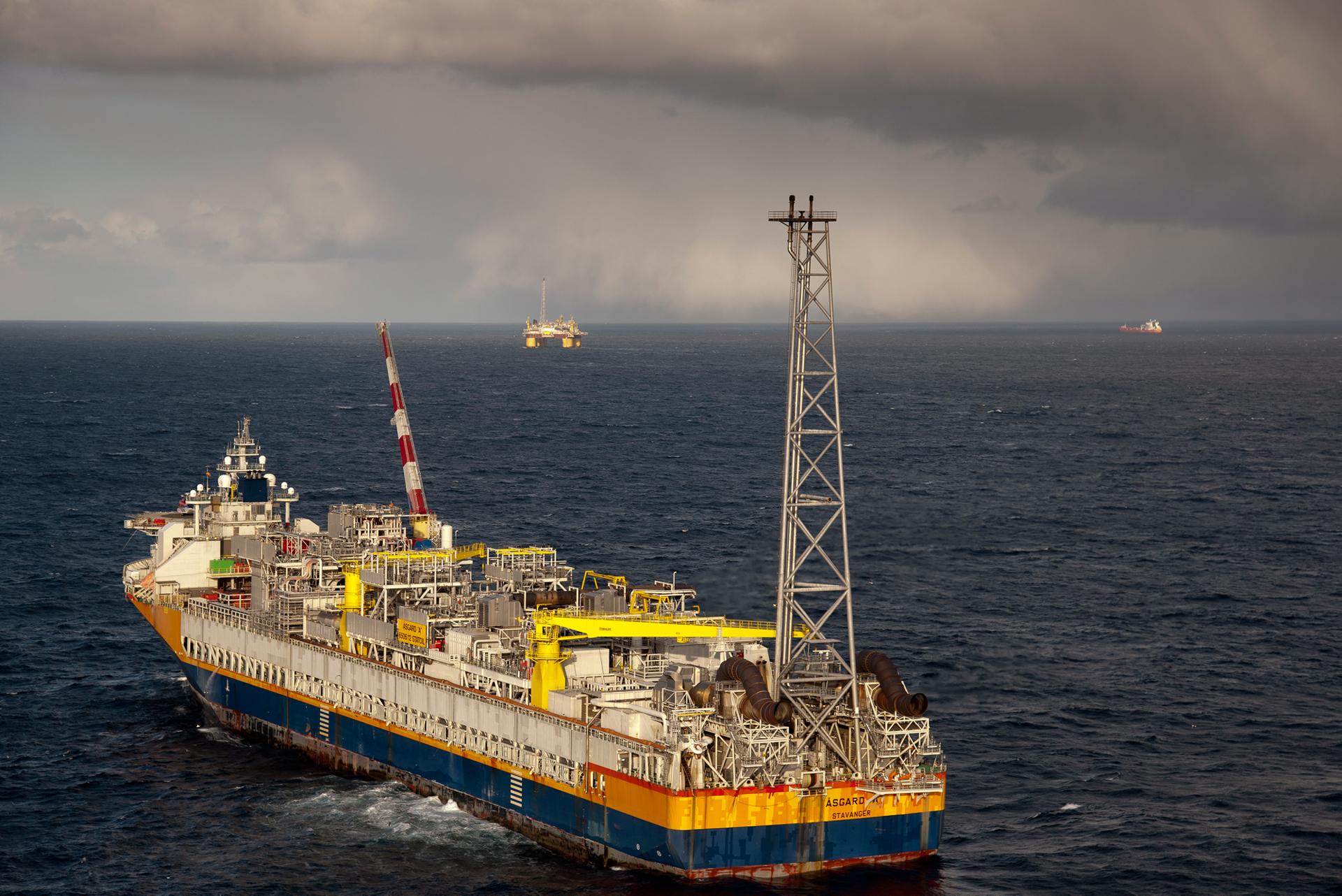 Åsgard is a field in the central part of the Norwegian Sea. The water depth is 240-300 metres. Åsgard was discovered in 1981, and the plan for development and operation (PDO) was approved in 1996. The Åsgard field includes the deposits Smørbukk, Smørbukk Sør and Midgard. The field has been developed with subsea wells tied-back to a production, storage and offloading vessel (FPSO), Åsgard A. The development also includes Åsgard B, a floating, semi-submersible facility for gas and condensate processing. The gas centre is connected to a storage vessel for condensate, Åsgard C. Production started in 1999 and gas export started in 2000. The Åsgard facilities are an important part of the Norwegian Sea infrastructure. The Mikkel and Morvin fields are tied to Åsgard B for processing, and gas from Åsgard B is sent to the Tyrihans field for gas lift. The PDO for a gas compression facility at Midgard was approved in 2012. The Trestakk field is tied-in to Åsgard A.

Oil and condensate are temporarily stored at Åsgard A, then shipped to land by tankers. The gas is exported through the Åsgard Transport System (ÅTS) to the terminal at Kårstø. The condensate from Åsgard is sold as oil.

Work is ongoing to increase the recovery from the field. Several new wells were drilled on the Åsgard field in 2019, and an extended well intervention campaign was conducted. Conversion of gas injection wells to gas production wells at Smørbukk is ongoing, and it is possible to switch between injection and production. This maintains gas injection in Smørbukk and Smørbukk Sør, and gas export volumes from the Åsgard field. Third party tie-ins to Åsgard will prolong the lifetime of the facilities.