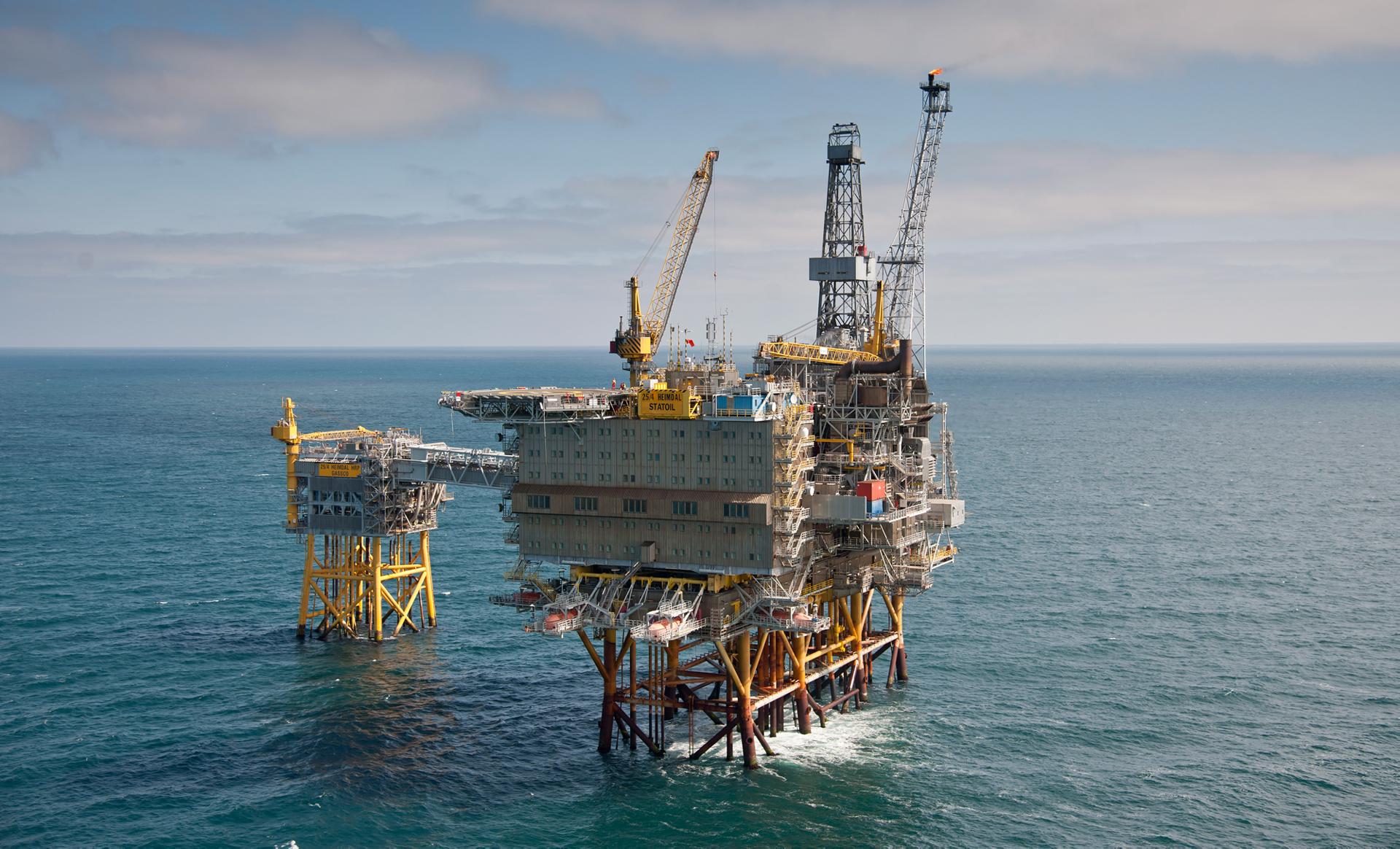 Heimdal is a field in the central part of the North Sea. The water depth is 120 metres. Heimdal was discovered in 1972, and the plan for development and operation (PDO) was approved in 1981. The field was developed with an integrated drilling, production and accommodation facility with a steel jacket (HMP1). Production started in 1985. The PDO for Heimdal Jurassic was approved in 1992. The PDO for the Heimdal Gas Centre was approved in 1999, and included a new riser facility, connected by a bridge to HMP1. Heimdal is now mainly a processing centre for other fields, presently Atla, Skirne, Vale and Valemon, and for Huldra until production ceased in 2014. The Huldra pipeline to Heimdal is now used for transport of rich gas from Valemon. Heimdal also serves as a hub for rich gas transported from Oseberg to continental Europe via the Draupner platforms.

Heimdal produced gas and some condensate from sandstone of Paleocene age in the Heimdal Formation. The reservoir lies in a massive turbidite system at a depth of 2,100 metres and has good quality.

Most of the wells were permanently plugged in 2015 and production from Heimdal stopped in 2020. Heimdal is now used as a gas processing centre for tied-in fields. Gas from Valemon, the largest third-party user of Heimdal, is planned to be routed to the Kvitebjørn field from 2022 or 2023. A decommissioning plan for Heimdal was submitted in 2020.