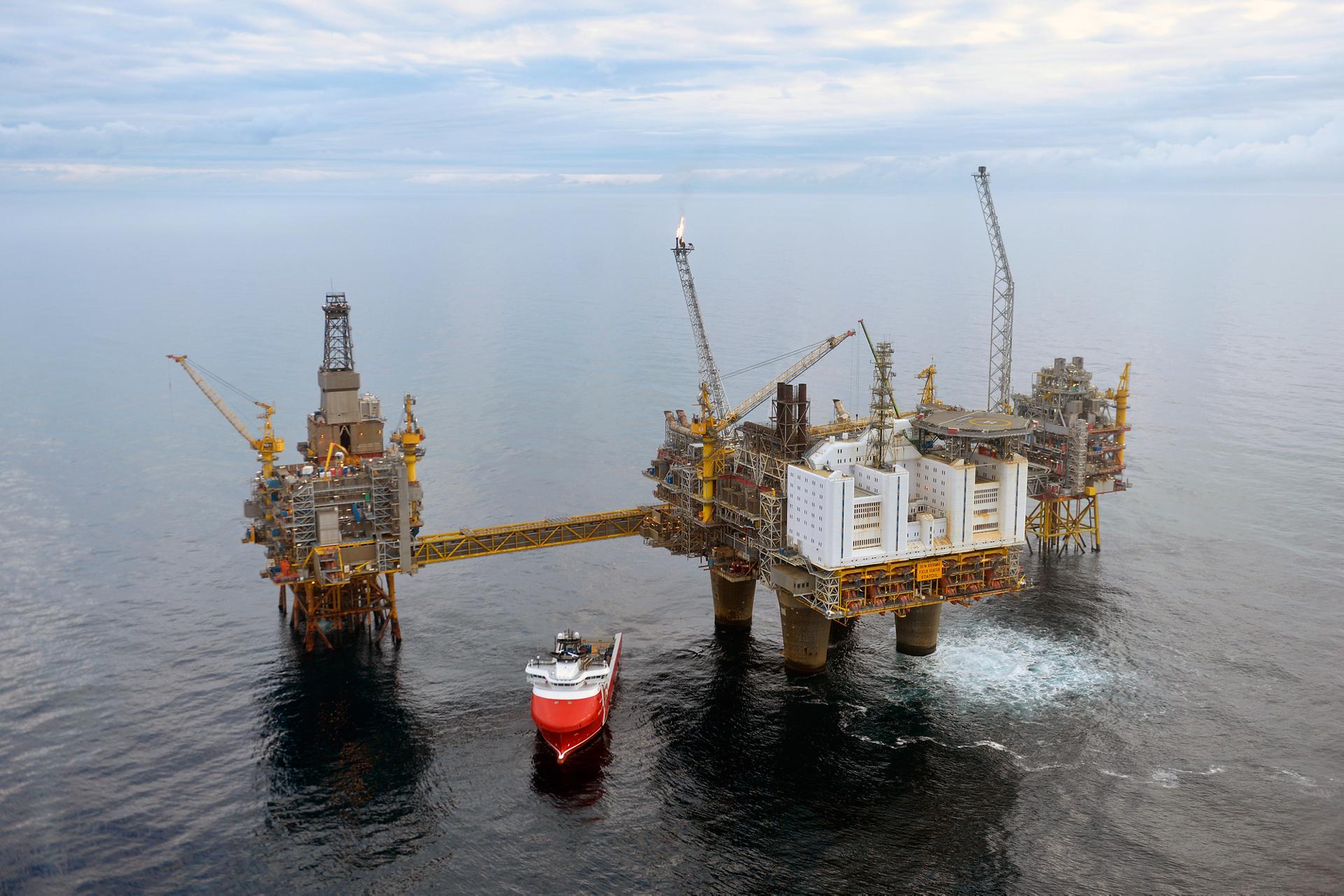 Oseberg produces oil and gas from sandstone of Middle Jurassic age in the Brent Group. The main reservoirs are in the Oseberg and Tarbert Formations, but there is also production from the Etive and Ness Formations. The reservoirs lie at a depth of 2,300-2,700 metres and have generally good reservoir quality. The field is divided into several structures. The satellite structures west of the main structure also produce from the Statfjord Group and Cook Formation.

The Oseberg field is produced by pressure maintenance using gas and water injection, as well as pressure depletion in some structures. Massive upflank gas injection in the main field has provided excellent oil displacement, and a large gas cap has developed. Injection gas was previously imported from Troll Øst (TOGI). Gas blowdown has gradually started in main parts of the field, while other parts are maintaining injection.

The strategy for the main Oseberg reservoirs is to balance oil production with increasing gas offtake. New production wells are continuously being drilled to enhance oil recovery. Gas blowdown from the Oseberg Delta structure started in 2022. In addition, a project to reduce the inlet pressure on the Oseberg C facility was initiated in 2022. This project will increase oil recovery from the northern part of the field.