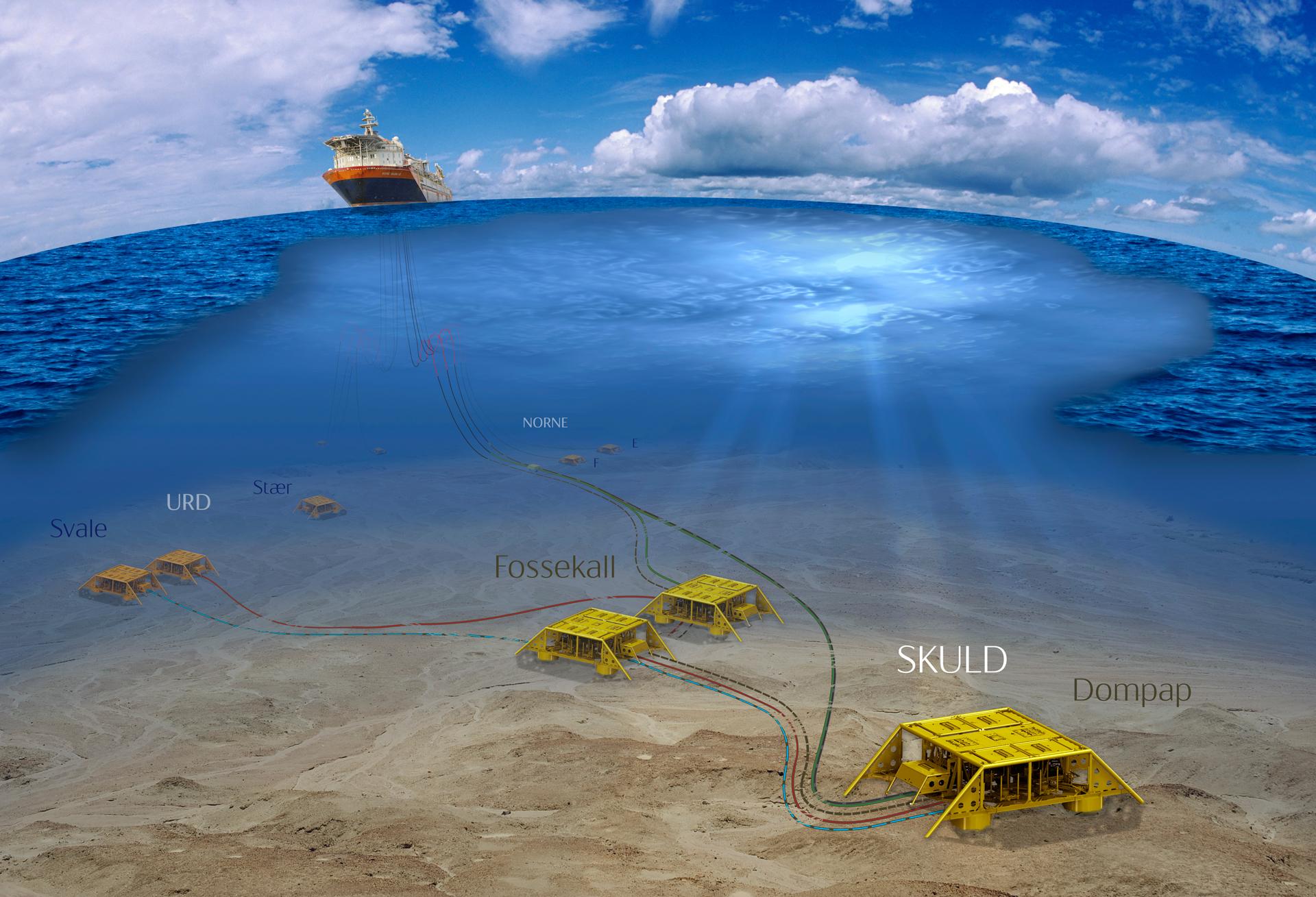 Skuld is a field in the Norwegian Sea, 20 kilometres north of the Norne field. The water depth is 340 metres. Skuld was discovered in 2008, and the plan for development and operation (PDO) was approved in 2012. The field is developed with three subsea templates tied-back to the Norne production, storage and offloading vessel (FPSO). Production started in 2013.

Skuld produces oil from sandstone of Early to Middle Jurassic age in the Åre, Tofte and Ile Formations. The field consists of the two deposits Fossekall and Dompap. The reservoirs have small gas caps and lie at a depth of 2,400-2,600 metres. The reservoir quality is moderate to good.

The field is produced with pressure support by water injection. Some of the wells are additionally supplied with gas lift to produce at low reservoir pressure and high water cut.

The well stream is sent to the Norne FPSO. The oil is offloaded to shuttle tankers together with the oil from the Norne field. The gas is transported by pipeline from the Norne vessel to the Åsgard field, and further via the Åsgard Transport System (ÅTS) to the Kårstø terminal.

Recoverable volume estimates were reduced compared to the PDO. Low productivity and increasing water cut are the main challenges. Focus is on reservoir management and identification of the remaining potential.