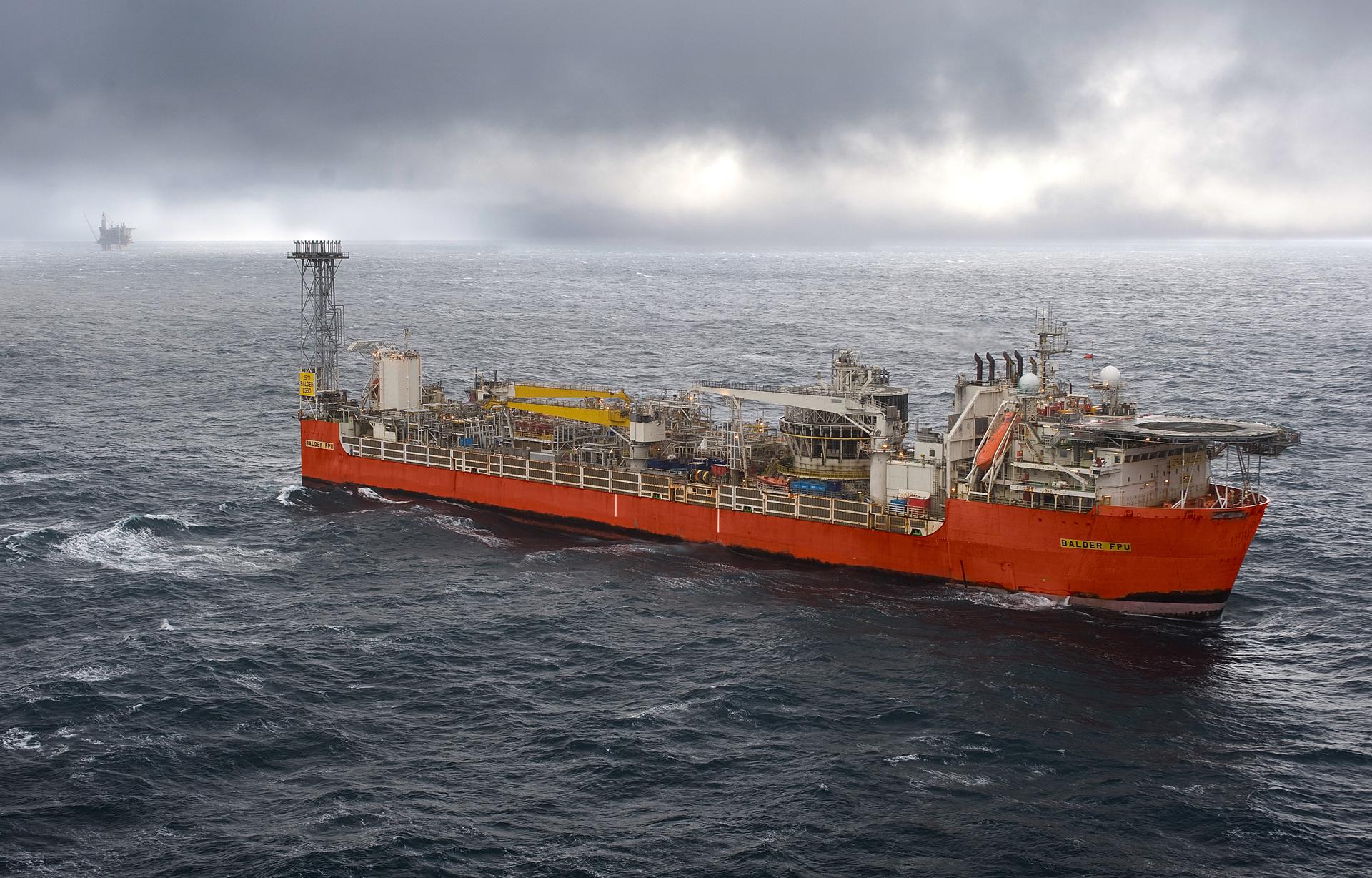 A revised PDO for Balder and Ringhorne was approved in 2020. The development plan includes lifetime extension and relocation of the Jotun FPSO, and drilling of new subsea wells. The FPSO is currently at a shipyard undergoing maintenance and upgrades. It is scheduled to be back on the field in 2024.

Balder and Ringhorne produce primarily by natural aquifer drive, but reinjection of produced water is used for pressure support, especially into the Ringhorne Jurassic reservoir. Excess water is injected into the Utsira Formation. Gas is also reinjected if the gas export system is down.

The oil is transported by tankers. Excess gas from Balder and Ringhorne is exported from the Jotun FPSO through the Statpipe system to Kårstø and from there on to continental Europe.